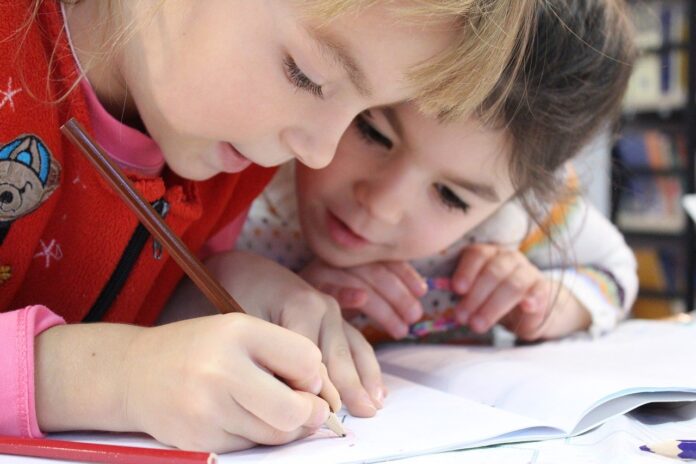 It is shocking to many people that the media is failing to report on the decline of the virus. They want to stretch out the pandemic as long as possible, so their liberal overlords have as much time as possible to hang it over the nation’s head.

The president of the Berkeley teachers union does not want to see schools open up for this year. Matt Meyer is the president that is content with screwing thousands of kids. But what really ticks people off is the double standard that the man has.

Meyer was found dropping his own kid off at an in-person preschool. He has no problem screwing every other kid just as long as his kid can get an education. The Democratic class of royal frauds believes that their kids are better than everyone else’s kids and deserve a classroom experience.

An infestation of sewage is polluting the liberal party. They would instead dump the sewage on everyone else than live through it themselves.

The hypocrisy of Matt Meyer and the group of so-called caring teachers is infuriating parents. They claim to care about teachers and students when all they care about is being lazy and getting paid for it.

Matt Meyer claims to fight for what he calls the “gold standard” for educators under his control. He wants to see that every teacher is vaccinated before the little viral monsters are released on his royal subjects.

BREAKING: @BerkeleyUnified union pres. Matt Meyer who has led efforts keeping Berkeley schools closed nearly a year because it’s “unsafe” caught dropping daughter off at private in-person school. Why is it safe for him but not the rest of BUSD families??? Credit @GuerillaMomz
1/3 pic.twitter.com/TRA0Hyx1jS

The plan in a place calls for the smallest kids to return to the classroom nearly at the end of the school year, just in time to clean out their desks and go home for the summer. The teachers union is moving so slow that even their agreed-on plan is falling apart.

Matt Meyer ignores the CDC’s claim that schools can reopen safely. He was just fine with obeying the lockdown rules but is not even going to listen to the reopening procedures. For Matt Meyer and all the other liberal educators, it is about power and money. And they are not going to let go of that control until they are forced to give it up.

But Meyer was able to take his child to preschool without even batting an eye at his hypocrisy. He claims schools are too dangerous to allow kids to return. It comes down to he is either lying about the issue, or he really hates his kid enough to dump her in an infectious situation.

Social interaction is vital to a kid’s development. The ones who are forced to learn from home show signs of mental stress and bouts of depression. On the extreme end, some have committed suicide.

The call to reopen by parents is falling on deaf ears. The unions no longer care about the people. They care about themselves and what they can get out of others by making them pay union dues.

The long vacations teacher have enjoyed the need to come to an end. Kids are dying, so teacher union presidents and staff can stay home and take vacations. They do not care that parents cannot work and pay their bills.

The liberal belief that it takes a village to educate a child has undoubtedly failed as they shove the children back to their homes. It is clear that Democrats do not care about kids. They do not want to educate them, and they do not want them to be born.

The Democrats only want control and money. Now that they live the dream for a short time, they are willing to shaft everyone who once thought their vote counted for something. Their reign of evil will come to an end when enough parents speak up and assassinate the union to the point that it no longer exists.