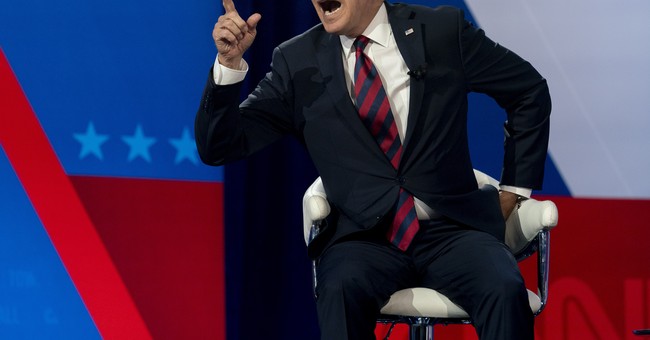 Joe Biden doesn’t like being challenged. His response when challenged is often to lash out or to lie to cover up an unpleasant truth.

During his visit to Manville, New Jersey to inspect flood damage, Biden was scolded yesterday — called out by multiple people — for leaving Americans in Afghanistan and his horrible withdrawal that resulted in the deaths of 13 service members and the wounding of many others.

“You left Americans behind…we will leave you behind,” one man yelled. He then shouted out the name of a service member who died in Afghanistan, chastising Biden saying, “He lost his life for what!” because of Biden’s actions.

“My country is going to s– and you’re allowing it!” one woman yelled. “I’m an immigrant and I’m proud of this country! I’d give my life for this country. You guys should be ashamed of yourselves.”

According to the NY Post, another man shouted, “Resign, you tyrant!”

Multiple protesters were photographed giving the president a middle finger as he drove from Hillsborough Township to nearby Manville.

One person held a protest banner that said “F– Biden And F– You for Voting For Him.” Another sign said “Biden go back 2 the basement.”

What struck me was, even with what they just went through with horribly damaging flooding, these folks still wanted to let Biden know how seriously they took what he had done in Afghanistan. That shows just how much Biden isn’t going to be able to easily move on from this — people aren’t just going to let it go and turn the page as Biden is trying to do.

You know it couldn’t have made Biden happy because he definitely heard the shouts. So what was Joe Biden’s reaction to being challenged by these Americans?

When he later visited Queens with Senate Majority Leader Chuck Schumer (D-NY), Joe Biden claimed that everyone had been thanking him where he was touring there. “None of them were shouting or complaining,” Biden said. “Every one of them were thanking me as if it was something special….that I was here.”

Maybe not in NY, but certainly they were in New Jersey and you can’t try to paper it over, pretending it didn’t happen. And, no, Joe, this isn’t about you, this is about what happened to them in the hurricane.

But Biden later did try to completely dismiss the hecklers. Rather than assuaging at least some of their concerns and saying that he would do all he could to get Americans that he had left out of Afghanistan, he claimed that the people shouting “don’t live there.”

“The people who stand on the other side of the fences, who don’t live there, who are yelling that we’re interfering with free enterprise by doing something about climate change — they don’t live there,” Biden said. “They don’t understand.” He also lied and completely mischaracterized what they were yelling about which was not climate change but his horrible actions on Afghanistan and leaving Americans behind. That’s pretty despicable, not only to dismiss them but to lie about what they said as well. He’s basically saying “because I don’t like being challenged, I’m going to dismiss and lie about what you said.” And he wonders why Americans are yelling at him? This is the reason why — because he literally doesn’t care what people say.

Biden then went on to rant about climate change, “The nation and the world are in peril,” Biden said. “That’s not hyperbole. That is a fact.”

An odd and infuriating juxtaposition with the actual fact of Americans being in peril in Afghanistan, him being responsible for it and now not even addressing it.

As I reported yesterday, he made other weird and incoherent remarks during the day. But at the end of the speech in Queens, he told a little boy who looked like he was standing on top of a playground gym, “Don’t jump.” Biden then made a cringe-worthy pandering remark that it’s “diversity” that helps get us through problems. Yikes.