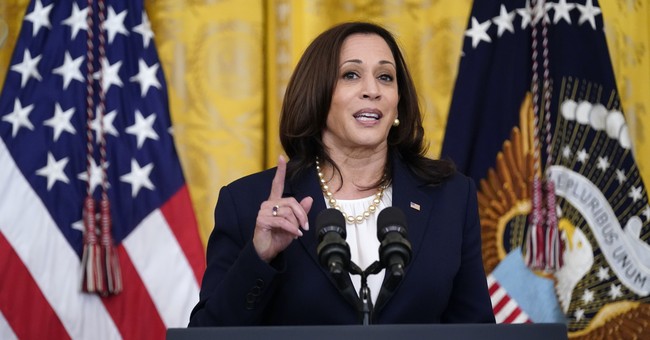 As reported yesterday by my colleague Nick Arama, there is more and more confirmation that we have a hostage situation unfolding in Afghanistan, with as many as 200 (if not more) Americans that President Joe Biden abandoned being held against their will.

Dementia Joe is “vacationing” in Delaware.

But where is Vice President Kamala Harris?

From Just the News:

The vice president has been conspicuously absent lately from coverage and appearances pertaining to the botched withdrawal from Afghanistan — after having proudly claimed just four months ago to have been the “last person in the room” with Biden as he decided to fully withdraw U.S. forces from Afghanistan.

Kamala Harris’ absence is especially puzzling given the recent drop-off of confidence in the president. The generally even-keeled Mike Pence was often trotted out to take questions as head of the coronavirus task force, especially after days of the more combative commander-in-chief duking it out with the press corps. The same, however, cannot be said of this vice president.

Harris returned straight to D.C. from Vietnam, after canceling a pre-planned trip to California to campaign for the beleaguered Governor Gavin Newsom to Stop the Republican Recall.

Well, apparently this trip is back on as Matt Margolis from our sister site PJ Media tells us.

It seems that the White House now considers the tragedy in Afghanistan to be old news, because Kamala is now confirmed to be heading to California on Wednesday, according to Symone Sanders, her senior advisor and spokeswoman.

Apparently the optics of going to campaign for her home state Democrat leader are much better than a vice president assisting in the messaging and “diplomacy” to get American hostages safely home. After all, the State Department is doing such a stellar job of it. (full sarcasm here).

On Fox News Sunday, Chris Wallace interviewed Rep. Mike McCaul (R-TX), a House Foreign Affairs Committee Ranking Member, who said that there are six planes full of Americans that are grounded at Mazar-i-Sharif airport in Northern Afghanistan, because the Taliban will not allow them to take off.

This is horrific news, and it is not as though the Biden-Harris administration had not been warned. No matter how much they wish to change the subject, Americans will not be gaslighted into forgetting that our fellow citizens were left behind in a poorly planned and poorly timed evacuation, and this administration is totally inept at knowing what to do to rescue them.

Or if they even plan to do anything.

But this does not seem to matter to VP McCackles, who will laugh her way through Hair Gel’s Bay Area campaign circus where she will warn the packed union audience about how Larry Elder is going to take away a woman’s right to choose, and appoint a Republican senator should Democrat Sen. Dianne Feinstein retire.

Our American women and children being held hostage at gunpoint are wishing they had the right to choose to come home.