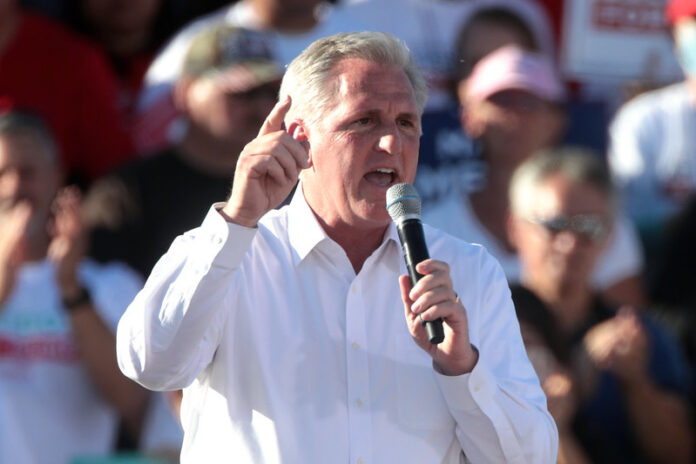 It’s time that the truth comes out, and McCarthy knows just what needs to be done.

He has released a memo to ranking members of the Republican Party to show how House procedural motions can be used to force Democrats to vote, exposing their leftist agenda along the way.

The motion McCarthy is proposing is known as the Motion to Recommit (MTR). Should it be passed successfully, it moves legislation on the House floor to the committee of origin for that bill. The benefit to this is that it can delay or even block the bill from being passed in the House.

The only way for the bill to pass, at that point, would be to amend based on the improvements that the majority is seeking – and that majority would be identified in the MTR.

It’s a brilliant move if McCarthy can pull it off.

Democrats will lose votes when the MTR and previous question are used. It can make it easier for the Republicans to close in on their strong minority and even gain the majority in certain situations.

If Democrats defect, it causes chaos. It also means that some of the ultra-liberal legislation gets blocked. It has made it easier for the Republicans to prevent dangerous bills from being passed – such as Washington DC statehood and limit China’s access to various programs in America.

While so many Dems claim that they don’t have a leftist agenda, their actions speak louder than words. They want to deny that they are socialists at heart when America is listening. Now, with the plans that McCarthy has in place, there will be no way to deny where they stand. Should they choose to deny, then it provides a win for the Republicans by blocking liberal legislation.

In the memo that McCarthy sent, he wrote “House Democrats are not off the hook in pursuit of their socialist agenda that will only make it harder to restore, rebuild, and renew America.”

The Democrats have a decision to make. They can choose to restore, rebuild, and renew America as they have promised on their platforms or they can get out of the way. With so many members of the House up for election in 2022, all have to be careful.

Anyone who chooses to show off a liberal agenda may be at risk of being replaced at the polling stations.

What McCarthy is doing is extremely calculated. The GOP has worked hard to close in on the gap where the Dems have the majority. Once a few liberal agendas are exposed, the GOP may be able to clinch the majority once again in 2022.

Should the GOP gain the majority in the House, McCarthy is already ready to grab the reins from Pelosi. He’s eager to be the Speaker of the House, and he is ready to lead the GOP toward fixing America.