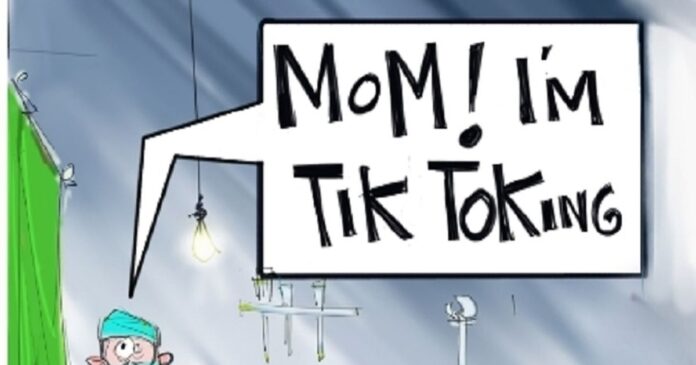 The Joe Rogan and ivermectin story broke and the “interwebs” went nuts.

I cartooned the subject, but I made the mistake of not making it clear that, although he wasn’t taking the animal version of ivermectin, he was taking an FDA-approved version, which is prescribed as an anti-parasitic.

Nick Arama covered this media conflation two days ago. Then the worst thing possible happened: Joe Rogan recovered in just a few days. Stories started to circulate about a run on ivermectin. They were debunked, but then the big shoe dropped. People are dying in an ER because dummies taking cow/horse dewormers are overloading the ER!! (I used two exclamations, because, you know – important breaking news)

An ER doctor named Jason McElyea breathlessly reported that his ER was overrun with cow dewormer victims and gunshot victims were bleeding out in the waiting room. Rolling Stone was on it, like a groupie on Mick Jagger

Except McElyea isn’t a staff ER doctor at the Oklahoma ER he claimed he was reporting on. The Hospital isn’t being overrun with cow dewormer victims. No one is growing a horsehead. It was all a lie.

We are inundated with people posting nonsense so they can be first. It doesn’t matter to legacy media — or new media, for that matter — that it might be too juicy to be true. We are buried in “Freddies” posting from their mom’s basement — but don’t expect Facebook or Snopes to fact check them. They are on the same side.

Rolling Stone and its crack team of Jimmy Olsens should change their tagline to the Famous totes real race car legend Rick Bobby: