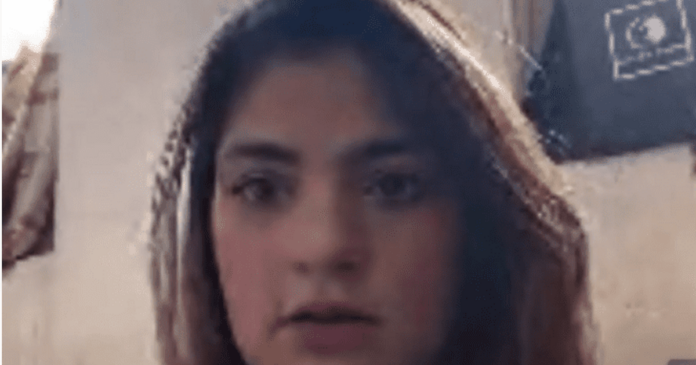 It’s not clear how many Americans have been stranded in Afghanistan, trapped behind enemy lines when Joe Biden pulled everyone out.

The Biden administration claimed that the number was below 200, even closer to 100. But nothing they have said is reliable, and much has been false. So it’s unfortunate that we can’t rely upon anything they say.

One of the Americans left behind is a 25-year-old woman from California named Nasria. who was interviewed by the Voice of America’s Carla Babb. Nasria went to Afghanistan in June to visit family and marry her long-time boyfriend. She is now pregnant.

But when the country fell, she and her husband went to the airport but weren’t able to leave. Her booked flight was canceled because of the chaos. She went repeatedly to the airport, but was unable to get in, despite at one point being within 15 steps of the gate. She said she was told the State Department would come out and get her, but despite waiting 13 hours, they never did.

“Am I going to end up dying here?” Nasria wondered. She described how they started shooting as she tried to make it past a checkpoint, and they pointed a gun to her head. Her husband begged the Taliban to let her in without him, but they wouldn’t. Rep. Darrell Issa (R-CA), who has been trying to help her, says she was also kicked in the stomach, at one point, by the Taliban. He says he’s still working on alternatives to get her out.

Nasria said the Taliban is going door to door hunting Americans, looking for the blue American passports. She says the State Department told her to stay put, and they will get her. But she is losing hope. If they didn’t come to get her when she was only 15 steps away, as she recalled, why would they come and get her now?

Joe Biden had promised to get every American out before we pulled out, but then stranded who knows how many people like Nasria. Many were trying to get out through the help of members of Congress like Rep. Issa, who said he was also in contact with an elderly couple in their 80s.

There was another group of about 27 children from California, as well as a woman named “Sara” with 37 other Americans who had called into Chris Cuomo’s MSNBC show. That’s just a few groups of which we are aware. There are likely far more who don’t even think it’s safe to put their details out there.

Biden is counting on people forgetting and all of this gradually receding. But we wouldn’t let him forget.