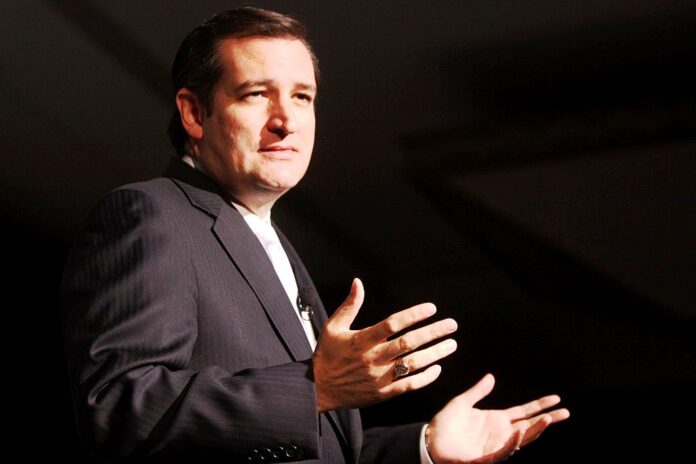 Texas Sen.Ted Cruz put his career in between progressives and their aggressive push to take over the judicial branch of government in an offensive move meant to procure continued integrity of the Supreme Court of the United States.

Fox News reported that Cruz reintroduced legislation on Thursday that was designed to keep the Supreme Court independent and includes a constitutional amendment that requires it be comprised of nine justices.

Sen. Ted Cruz, R-Texas, on Thursday, reintroduced legislation designed to preserve the independence of the Supreme Court, including a constitutional amendment that would require the court to be comprised of nine justices.

“The constitutional amendment has drawn support from a range of Republican cosponsors including Republican Sens. Mike Braun of Indiana, Pat Toomey of Pennsylvania, Marco Rubio of Florida, Todd Young of Indiana and Rick Scott of Florida,” Fox reported.

In his second proposal, the Texas senator worked to add language that would prevent the congressional passage of legislation to add more justices to the high court.

“As my Democrat colleagues brazenly discuss expanding the number of justices on the Supreme Court, this legislation and constitutional amendment ensure we prevent either party from wielding the Supreme Court as a political tool for their own advantage,” Cruz said in his statement. “I urge my colleagues to defend the fundamental liberties of their constituents—their religious liberty, freedom of speech, and Second Amendment rights—and swiftly take up and pass these proposals to prevent Court-packing.”

This isn’t the first time such a measure has come before lawmakers, however. It was the subject of debate in October of 2020 after the death of Justice Ruth Bader Ginsburg. The late justice’s seat was quickly filled by former President Donald Trump, something that upended the balance of the court toward conservatives.

Counting Ginsberg’s replacement, the former Republican president was able to nominate three conservative, pro-life, constitutionalist judges to the nation’s high court. That realization didn’t sit well with liberals who have counted on judges to facilitate their backward habit of allowing activist judges to legislate from the bench. However, since the office of Supreme Court justice is a lifelong appointment, the only way to once again get a majority is to add to the court and make those candidates leftists.

“Democrats often attribute part of that shift in the court to the fact that then-Sen. Majority Leader Mitch McConnell, R-Ky., refused to consider Merrick Garland – nominated by President Barack Obama in 2016 – to fill a vacant seat during an election year,” Fox News reported. “That seat, belonging to Antonin Scalia, was eventually filled by Justice Neil M. Gorsuch.”

Sen. Chuck Schumer, D-N.Y., said late last year that Congressional Democrats “must end the filibuster and pass legislation to expand the court,” according to Fox News.

So strong was the support of court-packing that it even became somewhat of a key issue in the 2020 presidential election primaries, with potential nominees squaring off against one another’s stance on the nation’s high court.  Since then, the conversation has done little to move away from the controversial topic.

Sen. Elizabeth Warren, D-Mass., said “every option” must be on the table to restore the credibility and integrity of the Supreme Court and Rep. Alexandria Ocasio-Cortez, D-N.Y., tweeted her support of the plan to “expand the court” in October.

Cruz’s firm stance puts him squarely in the life of fire for some powerful politicians. Time alone will tell whether that will serve him well, or just allow him to become a liberal punching bag. What liberal lawmakers would do well to remember is that Cruz is from Texas, and Texans tend to punch back.