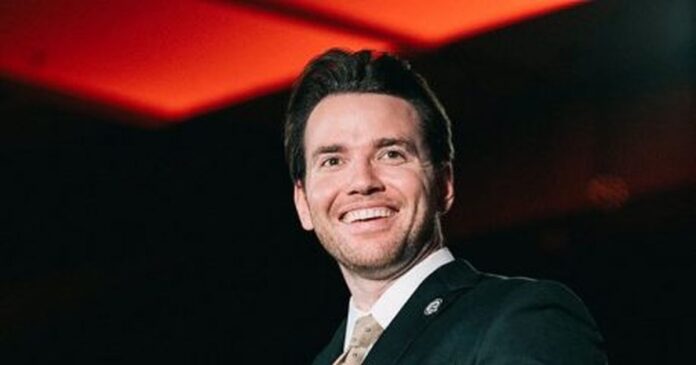 We also reported that a whistleblower had contacted RedState stating that one candidate, Kevin Kiley, was intentionally left off of the list of potential replacement candidates for the survey, that many who answered “someone else” on question 2 (who should replace Gavin Newsom) spontaneously mentioned Kiley, and that The Trafalgar Group stated that the poll they released was a duplicate of one they’d done for a private client – while declining to name the private client.

Friday afternoon The Trafalgar Group posted an apology to Kevin Kiley on Twitter, saying that it was a mistake to not include him in the poll, that their polls “in the coming weeks” would include Kiley, and that they would “correct things and uphold the standard you all deserve and expect.”

That was the right thing to do; however, the issues with the poll go far beyond the omission of Kevin Kiley and have wide-reaching implications for the entire recall election. The poll itself should be retracted unless and until a replacement poll can be conducted.

In the original piece, I outlined some issues with the poll methodology (as far as it’s known) but would like to expand on those thoughts. In addition to what I listed there and in the first paragraph of this piece, which makes for a strange methodology, by only giving the respondents one Democrat choice when there are more than five on the ballot, it makes sense that a good number of the Democrat respondents (who made up 48% of the sample) would choose the Democrat in Question 2 – even if they were going to vote no on Question 1, against the recall.

Knowing that detail, Democrat Kevin Paffrath is even less of a threat to Republicans, given that only 22% of respondents on that question favored Paffrath. We don’t know how many Question 1 respondents answered Question 2, though. It’s well-known that Gavin Newsom’s camp is instructing supporters to vote no on Question 1 and leave Question 2 blank, yet that option wasn’t on The Trafalgar Group’s survey. If a respondent said they were going to leave Question 2 blank, how did The Trafalgar Group account for that in the results? Was that response counted as an “undecided” or did they simply have a smaller sample size for Question 2? The answer to that has massive implications.

The survey showed Newsom beating the recall by 8 points, with a 3-point margin of error. That’s a much larger margin than the most recent polls had shown, but much smaller than a PPIC poll released the next day. Without knowing what The Trafalgar Group considered a “likely voter,” there’s no way to analyze those results and contrast them with other poll results. Californians who really want to see Gavin Newsom gone (which is a group much larger than Republicans, who only make up 24% of registered voters in the state) already feel that their vote might not matter because of voter fraud; what effect will a poll predicting a major loss have on their desire to make the effort to vote? If it’s not going to matter, why bother?

Worse, given that the results showed Larry Elder with the support of 29% of the respondents on Question 2 – which could be an overstatement if some respondents refused to answer that question or said they would leave it blank – Newsom’s unenthusiastic base could suddenly become very energized to mobilize against a Republican who supported Donald J. Trump. A month ago, Newsom’s biggest problem was apathy among his supporters. This poll could change all of that and tank the recall.

Here is the complete text of The Trafalgar Group’s apology.

As I noted above, acknowledging the mistake and pledging to fix it was the right thing to do, and as a California voter, I appreciate it. I do take issue with the insinuation that in factually reporting what was told to me by three sources – all of whom had firsthand knowledge of how the survey was conducted – I was confused, being misled, or attempting to mislead others. I’m not above admitting an error in reporting due to confusion or being misled; however, in this case, the scenarios from all three sources are the same, so confusion isn’t the issue. If I was being misled, it’s by those sources, one of whom was Mr. Cahaly himself. And, how is asking for a complete survey and transparency from a pollster “attempting to mislead others”?

Much more importantly, it seems that Cahaly and The Trafalgar Group are unaware that 5.5 million Californians have already submitted their mail ballots and that in-person voting in Voters Choice Act counties begins today.

How will polls “in the coming weeks” rectify the problems caused by this poll, problems that go far beyond the inclusion or exclusion of one candidate? As Trafalgar acknowledged, the number of candidates involved in this unique recall process makes it challenging to create a simple and fast poll for average voters. So if they’re not up to that challenge and can’t conduct an appropriate replacement poll immediately, the right and only course of action is to simply retract this poll.