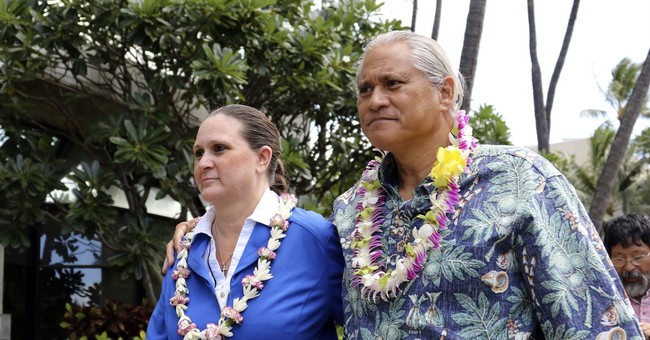 The fact that this woman was caught because someone couldn’t spell “Moderna” is no surprise when we see the state of our nation’s education system. We can thank the COVID pandemic for that, and for all the rampant fraud that has resulted because of it.

A 24-year-old Illinois woman submitted a fake COVID-19 vaccination card to visit Hawaii with a glaring spelling error that led to her arrest: Moderna was spelled “Maderna,” according to court documents.

In order to bypass Hawaii’s 10-day traveler quarantine, she uploaded a vaccination card to the state’s Safe Travels program and arrived in Honolulu Aug. 23 on a Southwest Airlines flight, the documents said.

“Airport screeners found suspicious errors … such as Moderna was spelled wrong and that her home was in Illinois but her shot was taken at Delaware,” Wilson Lau, a special agent with the Hawaii attorney general’s investigation division, wrote in an email to a Delaware official who confirmed there was no record vaccination record for the woman under her name and birth date.

The email is included in documents filed in court. She was charged with two misdemeanor counts of violating Hawaii’s emergency rules to control the spread of COVID-19. She had been in custody on $2,000 bail until a judge released her at a hearing Wednesday and scheduled another hearing in three weeks.

State Public Defender James Tabe, whose office represented her at hearings this week, declined to comment on her case, noting it’s not clear if she’ll hire her own attorney or apply to have a public defender represent her.

She can afford Hawaii and a fake vaccine passport, so chances are she’s shopping for competent crafty representation.

Must be something about Hawaii this time of year, because a father and son from California were arrested a couple of weeks prior on similar charges:

The Attorney General’s office is not revealing much about the case against the pair, including a possible reason for the fake COVID-19 vaccination cards.

What the Department of Attorney General did say is that the arrests happened after a tip came in from the community. Norbert Chung and his son Trevor Chung were both arrested on Sunday, Aug. 8, at the Daniel K. Inouye International Airport.

“Prior to Sunday, there were many, many hours put into the investigation that culminated on Sunday and where we are even today,” said Arthur Logan, special agent of criminal investigations for the Department of Attorney General.

The attorney for the Chung’s said after the pair was arrested, they flew back to California, were tested for COVID-19, tested negative and then flew back to Oahu where they are now going through the court system.

Falsifying a vaccination statute comes with a fine of up to $5,000 and/or a year in prison. It is also illegal to sell or buy vaccine cards.

Hawaii has been under emergency restrictions, with mandatory quarantines and mask mandates, since last year. Yet COVID is still spiking. Instead of thinking about a different way to approach this surge, the state chooses the route of automatic criminalization of tourists from the mainland. This is evident in the fact that Hawaii created this special task force to sniff out COVID-rule lawbreakers, and encourage “the community” to point out people that need investigation.

Straight out of the KGB; and Hawaii is not even the state closest to Russia.

Since the quarantine and Safe Travels rules came into play in 2020, the Attorney General’s office has created a task force to help catch those who break the law.

“Part of that task force, our job is to investigate community complaints that come in about what’s going on with visitors that may or may not be cooperating,” Logan said.

[M]ay or may not be cooperating. So, it doesn’t matter that you have legitimate vaccine passports and are following the rules, the fact that you’re a visitor means you are automatically under scrutiny.

Remind me not to visit Hawaii anytime soon.

Also in the land of frauds and nuts, a couple who had been arrested for bilking the Paycheck Protection Program is now on the lam:

A Tarzana couple is on the run from federal authorities after they sliced off their monitoring bracelets and fled while awaiting sentencing for the theft of millions of dollars in coronavirus pandemic relief funds, the FBI said late Tuesday.

Richard Ayvazyan, 43, and Marietta Terabelian, 37, were of conspiring with family members to fraudulently secure at least $18 million in emergency relief money.

The Paycheck Protection Program has been rife with fraud since it became active last year, and this is just one of a number of cases either under investigation or where arrests have been made. According to a deep dive in Reason magazine, the U.S. Office of Management and Budget regularly flagged the SBA as an agency that needed tighter scrutiny in normal times. In the accelerated pandemic timelines who was tasked with the distribution of funds? The SBA, of course.

From the Reason article:

For example, in a “normal” year, the SBA makes about 62,000 loan guarantees, totaling $16.7 billion, under the section 7(a) program; over the first year of the PPP, in comparison, the agency made more than 9 million loan guarantees worth $746 billion. The EIDL program, too, exploded: In the first year of the pandemic, the SBA disbursed about twice as many direct loans as the agency had made over its entire 67-year history before COVID-19.

Overwhelmed, the SBA cut corners to facilitate the flow of public funds out the door. For the PPP, the agency relaxed underwriting controls for lenders, waiving basic documentation requirements like financial statements and income tax returns. The Government Accountability Office faulted this decision, among others, in a report whose blunt title speaks volumes: “COVID-19 Loans Lack Controls and Are Susceptible to Fraud.”

Regarding the pandemic EIDL program, the inspector general determined that the SBA “lowered the guardrails,” which “significantly increase[ed] the risk of fraud.” His office also reported that the SBA for months “ignored” a subcontractor’s system for flagging suspicious loans.

To recap, these already troubled programs loosened their existing safeguards to process their unprecedented workload. This is a recipe for disaster and, predictably, the results have been dire.

All of this fraud is created by government taking on a role it was never meant to fill. From monitoring “health” to supposedly saving the economy by choosing essential and non-essential businesses, the unelected bureaucrats along with our elected officials have tried to bar the door on the freedom and civil liberties of American citizens, while leaving the door open for fraud and malfeasance to run the show. Whether it’s a forged vaccine passport or a forged loan application, the fact that a vacuum was created that allowed the flourishing of both can be pinned squarely on government overreach.