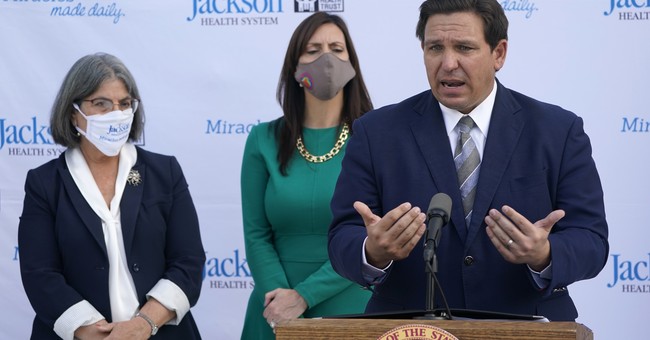 When Donald Trump came into the political arena ahead of the 2016 election, his movement became defined as one that fought every battle. The loudest battles were, of course, over Hillary Clinton’s emails and the southern border. But he loudly (and proudly) fought on every issue that came before him.

And since that time, the movement behind him kept that fight going, even when he was de-platformed and really lost his voice in the media. The absence of Trump has affected that movement, Trumpism, and I think in a positive way. Because the Democrats are in charge and are losing on key battles, it has allowed the movement to shift and focus itself on a handful of key issues rather than fighting every battle.

Take Florida Governor Ron DeSantis, for example. He appears one of the Republicans in the best position to take the Trumpism movement and redirect it toward specific, often winnable causes that simply can’t be drowned out by the media coverage. He has very successfully handled the COVID-19 crisis in his state. He has made vaccines available to those who want to keep from getting it and endorsed and made available a life-saving treatment for those who get it.

He has shifted the national conversation on education to parents’ rights and away from the unions’ demands. He has fought media malpractice without making it a spectacle – they have ended up with far more egg on their face when their lies are easily exposed.

He has been fighting on limited, but extremely winnable grounds, and he has raised his profile tremendously. If he is capturing the movement (as some polling and some talk is suggesting) then this new movement, DeSantism, stands a chance going forward.

The alternative for Republicans will be one of a dozen folks who have run before or have been caught speaking out of both sides of their mouths in order to keep the base happy. This doesn’t really help their case, as the voters have become pretty good at sniffing out the excrement from the roses. I get the feeling that if DeSantis wants the nomination in 2024, it may not be that hard for him to get. But, even if he doesn’t want the nomination, the party looks like it is shifting to follow him rather than Trump.

That is not to say that Trump is totally gone. He simply does not have much of a voice and, while he has many acolytes on social media, the general public is not getting inundated with what Trump is doing or tweeting on a daily basis. This is having an effect on the general public. I think the state of affairs is hurting the Democrats a lot, and in the absence of a public national leader like Trump, they see someone like DeSantis and think that there is a leader worth watching.

It’s almost impossible to tell how Trump might react to this. He could fight against it by trying to run and keep his base (or split that base in the process), or he can play kingmaker and unite the party behind someone who is clearly taking the ball and running with it.