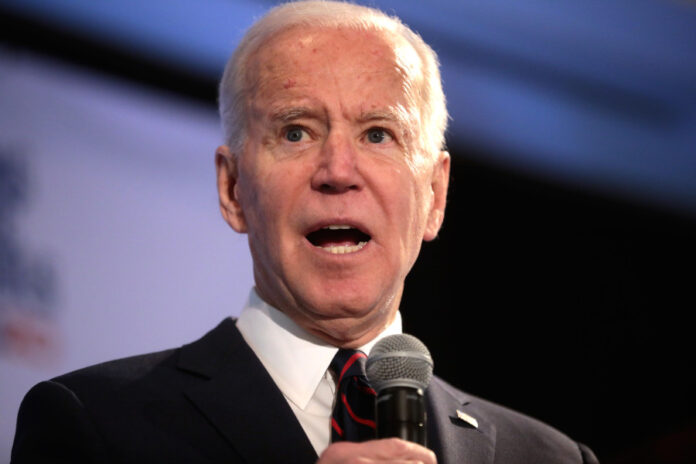 Most of the world already thinks that President Biden is weak. It’s critical that the U.S. shows strength, especially with all that is going on in the world.

Many countries are upset with the way that we handled Afghanistan, and reasonably so. Many countries have also pointed out that Biden is incapable of leading the U.S. He’s old, he’s mentally unstable, and he’s incomprehensible when he opens his mouth.

Yet, until this point, we didn’t have to worry about him falling asleep on the job.

When President Biden met with the Israeli Prime Minister, it looked like he fell asleep while Naftali Bennet was speaking.

The video shows Bennet talking. Biden closes his eyes and puts his head down. His hands are still moving around slowly in his lap, but it looks like he’s sleeping.

That’s all it took. Within minutes of the video being released, people were all over Twitter accusing the president of falling asleep in the middle of the talk with the Israeli PM.

A fact check, according to the Biden administration, shows that he did not fall asleep during the meeting. Even if he didn’t, looks can be deceiving – and it certainly wasn’t the most respectful way to sit in the middle of an important meeting.

There are some basic business tactics that everyone knows. When you’re speaking with someone, you look at them. You nod your head, you make agreeable noises, and you make eye contact from time to time.

Wait. What? Is Biden literally *asleep* as the Israeli PM is talking to him? ? pic.twitter.com/kDHA93pwY8

You don’t close your eyes and let your head fall.

Why is it that business students know this yet the President of the United States of America isn’t aware of this?

It’s yet another reason why Biden is dropping in the polls. Every time he’s allowed out of the Oval Office, he embarrasses the country in yet another way.

Many in Israel have seen the video and share the sentiment that was tweeted by Galit Distal Atbaryan, a Knesset member for Likud: “The man fell asleep and simply does not care.”

The event definitely caused a significant amount of blowback with the media. However, both parties say that the meeting was mostly effective at getting the job done.

The problem is that the perception is that Biden fell asleep on the job. Shouldn’t we want more out of our president? Isn’t there an aide somewhere in the White House that can get the president a cup of coffee before he goes to speak with a world leader?

We have to do better. We have to demand better. It’s only a matter of time before Biden closes his eyes and bows his head in the middle of a conversation with a world leader and it’s taken as an insult. Most would find it insulting. It begs the question of whether the president was really listening as intently as he should have been.

More and more in Congress are demanding that Biden step down – or that we look to impeach him. It’s becoming more obvious that this is necessary. Biden cannot handle meeting with world leaders – and whether he was sleeping or not, the video shows why he cannot be trusted to lead the country.