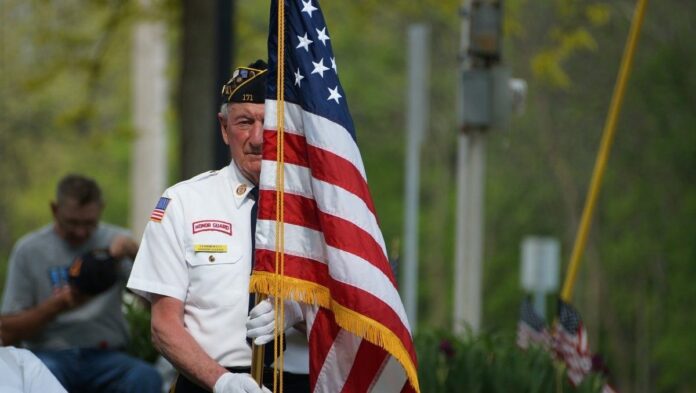 You know it when you see someone’s TRUE COLORS. Florida liberal Nikki Fried is using her perch as Florida Agricultural Commissioner to desecrate the memory of an American Patriot and master of the airwaves, Rush Limbaugh – may he rest in peace.

FL Ag Commissioner Fried is jockeying for a run at the Florida governor’s mansion against current Florida Governor Ron DeSantis.

Gov. DeSantis called for lowering the flag at half-mast for Rush Limbaugh an honor and a duty for such an important figure and Floridian.

Ag Cult Fried couldn’t resist desecrating the deceased and immediately labeling Limbaugh a racist and all of the other nasty expedient labels. Nikki Fried is a dyed-in-the-wool rabid radical left socialist. It is people like Nikki Fried who are DESTROYING our country.

Now she wants to destroy Florida, too.

If attacking the deceased seems bottomlessly shameful to you and a DISTURBING new low in political pandering – then you and the majority of U.S. citizens agree.

Rush fought for America on the radio and pioneered the talk news radio format for a conservative and All-American audience of 16 million listeners.

Rush Limbaugh was a sentinel for the people of America. He fought the good fight and championed the American Way.

Lowering to half-staff the flag of the United States of America is a sacred honor for fallen heroes — not a partisan political tool.

Therefore, I will notify all state offices under my direction to disregard @GovRonDeSantis‘ forthcoming order to lower flags for Rush Limbaugh.

“Lowering to half-staff the flag of the United States of America is a sacred honor that pays respect to fallen heroes and patriots. It is not a partisan political tool,” Fried said. “Therefore, I will notify all state offices under my direction to disregard the governor’s forthcoming order to lower flags for Mr. Limbaugh — because we will not celebrate hate speech, bigotry, and division.”

Nikki Fried is Florida’s Alexandria Ocasio-Cortez. Nikki Fried is an extreme liberal who has never met a mind-numbingly destructive socialist policy that she doesn’t love — and will want to ENFORCE onto you because her Gender Studies degree from Wesleyan told her so.

Florida Governor Ron DeSantis said the state will lower flags to half-staff after funeral plans are set for Limbaugh, a Palm Beach resident who died Wednesday after a battle with cancer.

“When there’s things of this magnitude, once the date of interment for Rush is announced, we’re going to be lowering the flags to half-staff,” DeSantis said during a campaign-style press event at the Hilton Palm Beach Airport in West Palm Beach.

Nikki Fried has her eyes on the Florida governor’s mansion. Florida voters need can call her office at 850-617-7700 and ask for Agricultural Commissioner Nikki Fried at the Florida Department Of Agriculture & Consumer Services.

Florida is a strongly conservative state that delivered victories for President Trump twice and has conservative Republicans dominating statewide office.

Florida remains a battleground and it is at the center of the fight to keep America great and free and defeat the radical socialist movement to take over American and fundamentally transform it into the Soviet Union of the Western Hemisphere in a continent-wide open-air transgender gulag.

The funny thing is: the American people and U.S. citizens of Florida don’t support any of this nonsense. Yet every time a Democrat wins office, they have taken their victory to be an absolute mandate for socialist revolution.

It’s important that Florida stays red and that it continues to serve as a model of extremely successful conservative government and its benefits for the rest of the country. Supporting Ron DeSantis and keeping the Florida State House red is a large part of that answer.

When the going gets tough, ask yourself: What would Rush do? The answer is HE WOULD FIGHT BACK.