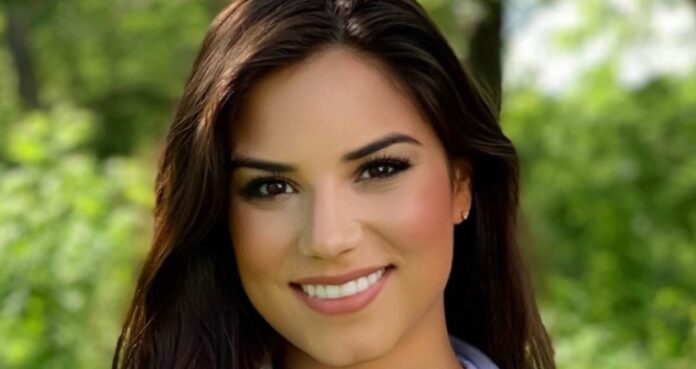 Lauf, who was a former Trump administration adviser, explained that she hadn’t expected to primary against a fellow Republican, but she questioned whether Kinzinger was “really still a Republican” following some of his recent decisions while representing her home state.

“I have officially announced my campaign for Congress in Illinois’ 16th district,” Lauf wrote. “Adam Kinzinger’s vote to impeach Trump was just one of his MANY betrayals to his constituents. I will need your help as I take on Adam & the establishment.”

“That’s why I’m challenging him for his seat in Congress,” Lauf said.

“I am the daughter of a LEGAL immigrant, a small business owner, & PROUDLY served in the Trump administration.”

Kinzinger, 42, who currently represented Illinois 16th district found himself the topic of hot debate after he voted to impeach former President Donald Trump and remove Rep. Marjorie Taylor Green from her committees. Those are just some of the reasons that the Illinois Republican Party has begun to pull away from Kinzinger.

“Our censure is a formal rebuke against his unilateral actions to raise money and attack over 74 million Americans and their elected Republican officials who supported Trump’s take-action and broker no BS attitude from the D.C. swamp,” the Will County GOP stated, according to The Patch. “Our censure also states that we will work hard in the Primary to elect a Representative for the People, by the People.”

I am the daughter of LEGAL immigrants, a small business owner, & PROUDLY served in the Trump administration.

“Central and Northern Illinois deserve an explanation and deserve my full attention, and they’ll get it,” Kinzinger told the New York Times. “But to the extent I can, I will also focus on the national message because I can turn every heart in central and northern Illinois and it wouldn’t make a dent on the whole party. And that’s what I think the huge battle is.”

Lauf’s close ties to immigration mean that she will likely fight to make sure that immigration is not only safe but sustainable for the long term. She explained some of her mindfulness about foreign nationals in a recent Instagram post where she spoke about visiting her mother’s home country:

“When my sister and I were little my mom would often take us to her home country of Guatemala. She’d pack up pencils, clothes, and shoes we had grown out of in a big bag. As a kid, I didn’t understand why she packed all of this stuff until one day we went to a school in a remote part of the Country. I saw kids my own age playing soccer with shoes completely broken, ridden with holes. Many were barefoot, their little feet callused and torn. During class, some didn’t even have a pencil to write with. When my mom left things for them, their faces lit up. They loved the ‘Americans.’ In turn, she felt a love to give back because she could, knowing she had made it out.

“Fast forward to a few years ago…I met this little girl in Argentina. Her mother worked at a food stand and my family and I happened to stop to eat there when the little girl was having her lunch. She was so friendly, started talking up a storm, and within 5 minutes was sitting on my lap, sharing her food with me. I couldn’t help but think how hard her mom worked. They didn’t have a lot but they had each other.

I’ve been blessed to have the opportunity to travel the world. And everywhere that I’ve been, I’ve met kids who despite having nothing, are so grateful for the smallest of things. They have hearts the size of the ocean. They look up to Americans.

“We are an example to the rest of the world of what is possible when people are free. A Country where one can achieve the highest of their human potential no matter race, gender, or the circumstances of which they were born.

“These past months, year, has been difficult for all Americans. COVID, politics, everything in between. But despite the trials, we must remember that somewhere in a faraway place, there’s a little boy or girl who would give all that they have for a chance at the American Dream. To have access to what we have. The opportunities we have. We are not perfect, but the experiment we are, and the principles that we were founded upon…liberty, law & order, personal responsibility, free-enterprise…matter. And they are what MAKE the American Dream possible. We ALL have a duty to preserve that. There’s nowhere else to go.”