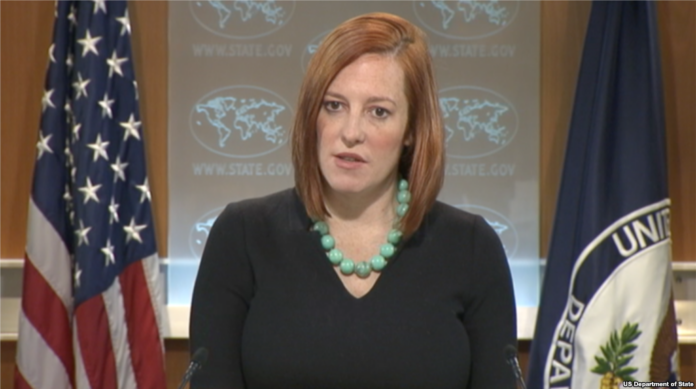 Former Fox News anchor Meghan Kelly blasted Biden administration White House press secretary Jen Psaki over her recent interview where she refused to separate the administration from New York Gov. Andrew Cuomo due to the recent discovery that he lied to citizens and lawmakers about some of the COVID death counts in assisted living facilities.

Kelly took to Twitter to share her opinions, saying  “Psaki projects total fear in every exchange. Her meekness is maddening. So I guess we shouldn’t be surprised she lacks the courage to do as even the Dem AG of NYS has done and call Cuomo’s lie a lie.”

The former Fox favorite was referring to a clip of Psaki on “This Week” where the White House communications lead refused to condemn NY Governor Cuomo.

During the interview, Jonathan Karl put the question to Psaki in context, saying, “Last spring Biden held up Cuomo as the ‘gold standard’ of pandemic response.” He then played the clip of Biden’s accolades or the New York governor.

“Now we’ve seen that Cuomo has allegedly undercounted nursing home deaths, mislead legislators in New York and he called New York Assemblymen Ron Kim, basically threatening to destroy him,” Karl went on. “So, does President Biden still consider him to be the ‘gold standard’ when it comes to leadership on the pandemic?”

Psaki’s response was truly a work of art in circumventing the actual question, “Well Jon, we work with Gov Cuomo just like we work with governors across the country. He’s also chair of the NGA so he’s played an important role in ensuring that we’re coordinating closely that we’re getting assistance out to people of his state and to states across the country. and we’ll continue to do that.

“There will, of course, be a process to investigation, we’ll leave that to others to determine, the appropriate law enforcement authorities to determine how that path is going to move as we look forward. But we are going to continue to work with a range of governors, including, of course, Gov. Cuomo because we think the people of New York, and the people of states across the country, need assistance not just to get through the pandemic but to get through this difficult economic time [note the opportunity taken to diss Trump]. And that’s where our focus remains.

Essentially, Biden’s press secretary has proven that the Biden administration is hell-bent on using the liberal hatred of former President Donald Trump as cover for their bad behavior while continuing to act in an incredibly irresponsible and deceptive way.

She of course did not answer: “The president well, it doesn’t always have to be a yes or no answer Jon.”

It’s shouldn’t be shocking that the White House won’t distance itself from blatant lies, based on the lies they told. It shouldn’t surprise any American that they are willing to cover up deaths in order to promote their own agenda when we knew in advance that this was what Biden and his former administration, the Obama administration, did over and over. And we let them. Just like we have let them get away with their blatant thievery of the election.

This shouldn’t surprise us. But somehow, it still stings.