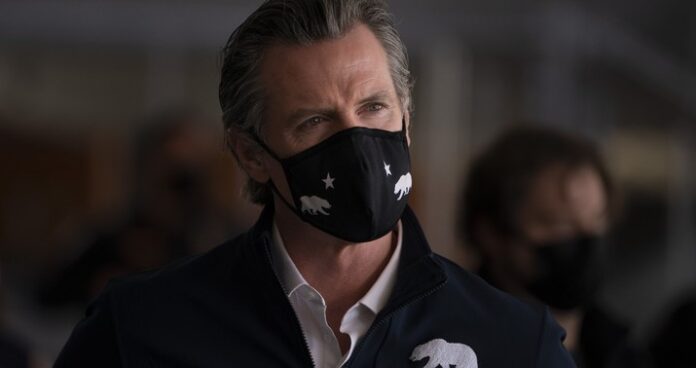 The state’s COVID-19 patients have been infected with this variant at a greater rate recently, as it is showing up more and more during genetic sequencing. Those who have been paying close attention to the pandemic have been trying to figure out why California has been getting so hard after doing well during the earlier stages.

The variant could be to blame. Various studies claim that this variant is more lethal than the original virus, although the current sample sizes are quite small. There are also British, South African and Brazilian strains that many Americans are worried about. Will we be able to bend the curve for good before these strains start to work their way through the American population?

We certainly hope that California is merely overselling the level of danger right now. Some of the information that we are hearing is fairly alarming. Various outlets have already reported the following:

“Samples collected from a range of counties, and using a variety of collection methods, suggest the variant is 19% to 24% more transmissible. But in some circumstances, its advantage was much greater: In one nursing home outbreak, B.1.427/B.1.429 spread at a rate that was six times higher than its predecessors…

The variant’s enhanced propensity for spread was also evident in laboratory results. An analysis of viral samples from around the state showed that compared with people infected with other strains of SARS-CoV-2, those who were infected with the California strain had viral loads in the nasopharynx that were twice as high…

That observation is based on the medical charts of 324 patients hospitalized at UCSF, a relatively small sample. Still, the researchers found that the 21% of these patients who were infected with B.1.427/B.1.429 were more likely than their counterparts to have been admitted to the ICU, and they were 11 times more likely to die. That finding held up even after researchers adjusted for differences in the patients’ age, gender and ethnicity,” the reports read, painting a very grave picture.

This variant is said to spread more quickly because of a mutation of the spike protein that allows the virus to bind to the cells in a more firm manner. “The study also found that the new variant can evade the immune system better than other variants can. Antibodies from people who recovered from infections from other variants were less effective at blocking the new variant in the lab. The same was true when the researchers used blood serum from people who had been vaccinated,” says the New York Times.

These developments would seem to be rather terrifying but there are some medical professionals who are not as concerned. The Times has more: But Dr. Hanage of Harvard isn’t convinced that the variant poses a major threat. Every time B.1.1.7 [the British variant] has shown up in a new country, it has exploded quickly. By contrast, the variant discovered in California seems to have slowly gained dominance.

Dr. Chiu and his colleagues were able to estimate when B.1.427/B.1.429 originated by comparing the mutations that have arisen in the viruses since they split from their common ancestor. That analysis pointed to late spring. If correct, it means that the variant lurked at extremely low levels in California for perhaps four months or more.

“It’s not as big a deal as the others,” Dr. Hanage said. He speculates that if scientists sequence more coronavirus genomes in other places, they’ll find more of these moderately fast-spreading mutants. “Maybe variants are everywhere, and we’re just seeing them at the places where there’s sequencing,” he said.

Near as we can tell from the charts and graphs that have been provided, the variants are a bit more dangerous…..but not so dangerous that the vaccines cannot handle them. It’s been said a lot of times by now but it has never been more true: the vaccines are our only salvation.