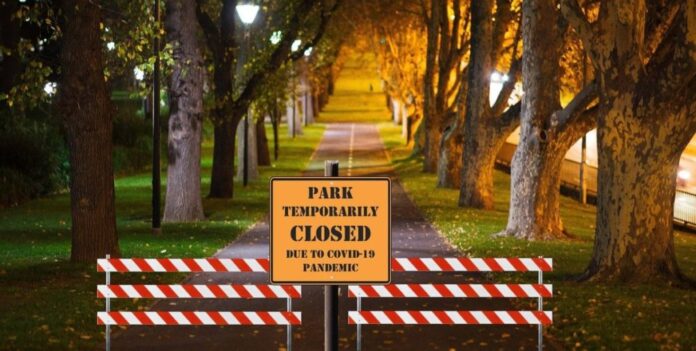 Schools across the country are closed, forcing students to learn virtually. What this means is that kids aren’t getting hands-on learning. They’re not getting the socialization. Translation: our kids are suffering.

Yet, school boards want to sit back and keep the schools closed because of political games. Then, when parents demand that schools re-open, the members of the school boards poke fun, saying that parents just want their babysitters back.

Parents depend on the schools to provide an education Monday through Friday for seven to eight hours a day. While kids are in school, parents work. It’s what helps to keep the economy running.

Parents also depend on the schools to provide quality education. That means kids have to be in the classroom to receive face-to-face instruction. It ensures that the kids are in a structured environment with access to other students for collaboration and access to teachers for tutoring.

The Oakley Union Elementary School Board, however, can’t seem to figure out that parents want their kids to be educated. Parents want the school board to do the right thing and open the schools.

The public school board made disparaging remarks during a meeting that they thought was private.

One member of the board said of parents that they “want to pick on us because they want their babysitters back.”

2) Before she realized the public was listening in, School Board President Lisa Brizendine criticized parents who continue to be frustrated by the district’s Covid-related school closures:

“They want to pick on us because they want their babysitters back.”@nbcbayarea pic.twitter.com/Z0jaRQWKn9

And to think that parents expected teachers to teach, not to babysit. Anyone can babysit. Parents are upset because kids aren’t getting the education that they need and deserve.

So, the members of the school board used profanity to insult parents. They even threatened parents. Why? Parents have become more and more vocal about the prolonged school closures.

8) While pres. of the school board resigned, Kim Beede, who used profanity to threaten parents, remains on the board.

Here’s what she said about parents who criticize her online:

“Bit*h, if you’re going to call me out, I’m going to f*ck you up.”@nbcbayarea pic.twitter.com/fGdKC0nQwQ

Then, the unthinkable happened during their meeting. They realized that their meeting was being broadcast to the public. When they made the discovery, there were comments of “uh, oh” and “nuh-uh.” Oh, yeah.

And you’re in big, big trouble.

It led to the entire board resigning. After all, once you insult parents and refer to being educated as babysitting, there’s really no way to bounce back.

Superintendent Greg Hetrick made a statement to the district to identify that the board members resigned.

President Lisa Brizendine issued an apology with her resignation, identifying that she was sorry for her “callous and uncalled for” comments.

Brizendine was the one responsible for making the callous comment about parents wanting their babysitters back. She explained that parents forget that there are real people on the receiving end of the letters.

At this point, there’s no reason for schools not to be in session, particularly elementary ones.

Throughout many states, elementary school students are back in the classroom. They’re getting the education they need, and everyone is protected. Teachers wear masks, kids wear masks, and social distancing is done to the best of the school’s abilities. And guess what? There are no massive outbreaks.

The number of COVID cases is on the decline – and have been for several weeks straight. More vaccines are available. Herd immunity is becoming increasingly more common.

California doesn’t want to get the kids back into the classroom because they want to see much more money they can get from the federal government as an incentive to open. So, they’re willing to hold the education of school-age children hostage until they get more money.

And, if and when they get that money, it won’t go to the students. There won’t be amazing new library resources, new textbooks, or enhanced computer labs. Instead, it will go to increase salaries of those who were responsible for keeping the schools closed for as long as they could.

It’s as if they’re seeking financial incentives to be as stubborn as they possibly can.

The parents are aware of what’s going on – and they’re demanding that the schools open. It’s only a matter of time before other school boards across the state of California slip up as badly as the one in Oakley did.