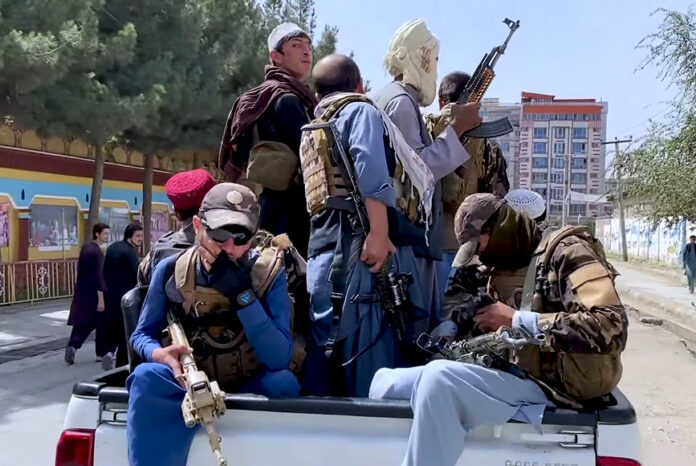 President Biden is so excited to tell us about how many Afghans he’s letting into the country. Yeah! Over 50,000 Afghans are entering the United States without visas. Biden acts as though this is a good thing.

While we’re certainly happy to help those who are less fortunate, we also have to look out for the overall safety of our country. In an effort to get Afghan nationals away from the control of terrorists, we may be opening our doors to a number of unsavory characters.

The U.S. isn’t the only one taking in Afghan migrants.

Vox VP Jorge Buxade, a senior member of the Spanish populist party, warned that there is a potential threat of Jihadist extremists. “We must be very strict with the entry control of all those who intend to seek refuge or legal residence in Spain.”

This warning makes a considerable amount of sense. There are going to be waves of Afghan migrants who will settle wherever they can to escape the Taliban. However, that will also be used against the countries that accept them.

Caution is a necessary component of the immigration process. Yet, the U.S. has opened the doors for tens of thousands – most of whom haven’t even completed immigration paperwork. It means that we don’t really know who has entered the country and whether they’re simply an Afghan migrant or if they’re a Jihadist extremist.

Buxade should really have a talk with Biden about how to exercise some caution. Both the UK and France have already taken in individuals who are deemed to be security risks as operations to evacuate people from Afghanistan have been more frantic in the past week.

The Spanish government has vowed to protect the safety of its citizens. What a novel idea! The government is actually saying that they want to put their citizens first. Everything that Biden has done since taking office has been a migrant-first focus – and it may get us into a lot of trouble at this particular moment.

Perhaps one of the most alarming comments that Buxade made was that “The Taliban have released all the prisons in Afghanistan, where there were from common prisoners to followers of ISIS, Al Qaeda, radical Islamists and jihadists of all kinds.”

We cannot grant asylum to just anyone. If we are allowing members of Al Qaeda, ISIS, and more into our country without even knowing it, we’re asking for a terrorist attack.

It was only a few days ago that twin suicide bombers attacked the airport in Kabul. We don’t want the next round of bombers to be on American soil.

The Spanish government isn’t the only one to show concern. Many European countries are concerned about the Afghan crisis – and they are all united at pointing the blame at President Biden for his role in it all.

Marine Le Pen, the French National Rally leader has already spoken out about the U.S. “The United States under Biden’s administration is demonstrating its inability to defend, and therefore represent the interests of, the free world.”

This is the reputation we’re gathering. The worst of it is that if we do have extremist Jihadists among us, it will only be a matter of time before we really show off our inability to defend ourselves.

Great job, President Biden. Can we get him to resign yet?