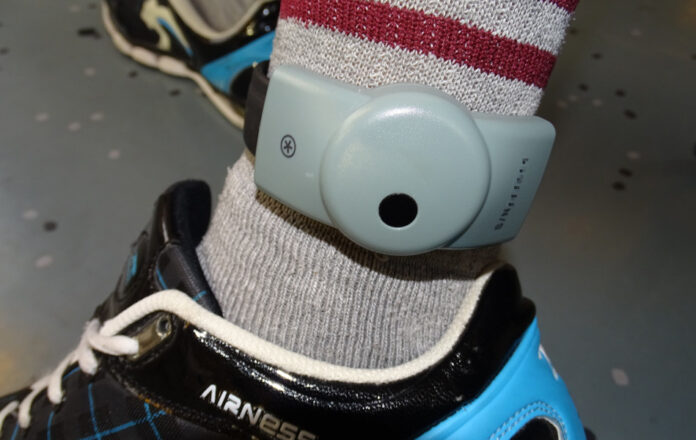 Has it really come to this? There is a public high school in Washington state that has allegedly forced their student-athletes to wear taxpayer-funded ankle monitors so that they can track coronavirus outbreaks and then bar the athletes from participating in sports.

Eatonville High School is approximately 60 miles south of Seattle. They now require student-athletes to wear the ankle monitors for high-contact and medium-contact sports including: volleyball, football, basketball, wrestling, and soccer.

The monitor is known as “Trace Tag” and it is being manufactured by a company called Triax. It has an alarm alerting the wearer when they get too close to another person. Trace Tag also collects contact tracing data in case the one wearing it later tests positive. The device can also be attached to a hardhat or worn on other places on the body.

The monitors are being used by both coaches and students on the field, and this is required “regardless of vaccination status,” according to the school’s fact sheet.

The school made this statement, “If an athlete were to test positive for COVID-19, the entire team could be quarantined. By using the proximity monitors we can immediately determine who might have been exposed to Covid-19.”

The Daily Dot reported that a spokesperson for the school said students could opt out of wearing the monitor, but they would not be allowed to participate in sports.

The school did provide assurance that students are not being tracked.

“The proximity monitor contains radio-based sensors that track distance between individuals wearing the device, as well as length of time spent in proximity to one another. The monitor is only worn during participation in the sport,” the school said.

Apparently, parents were asked to sign off on the ankle monitors by signing a parental consent form. But there was at least on parent that was not informed of their child’s Trace Tag. A 15-year-old girl’s mother told The Post Millennial that her daughter was forced to wear the ankle monitor during her volleyball team practice.

That mother went to the athletic director and she said the director acknowledged that the school had mistakenly failed to obtain her consent for the monitor. They apologized for the “slip up.”

School board director, Matt Marshall, told a local news outlet that the school has now “shelved the devices until proper procedures including community input and board approval process occur.”

There was another parent that said he signed the form reluctantly. “I was notified if I didn’t sign it, they couldn’t play,” Jason Ostendorf said. He has two children that play sports for the high school. He told the Tacoma News Tribune that “They’re putting tracking devices on my kid.”

Gary Neal, the Eatonville School District Superintendent, wrote an open letter to address the concerns regarding the ankle monitors.

“This system prevents taking students out of school and athletics unnecessarily,” Neal wrote. “It allows us to keep more students engaged and involved in class as well as athletic activities. This is a top priority for staff and families here in Eatonville. This school year we can expect numerous changes and for situations to be dynamic.”

The Trace Tags were bought using federal coronavirus relief money, according to Neal. He said that the monitors were like the devices used by the NFL during practices and team travel. The school board is set to discuss the ankle monitors at a board meeting this coming week.