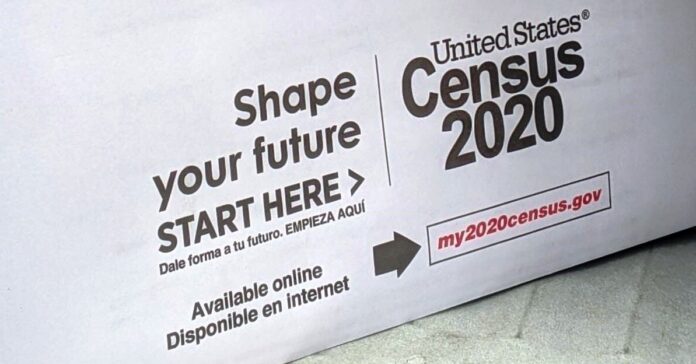 If anything indicates where our nation is headed or what values we hold dear, it’s a census. And for Democrats, the 2020 census was a doozy.

Remember when they said there was a blue wave coming, that America was leaning left and everyone liked them more?

Well, as it turns out, the 2020 Census shows pretty much the exact opposite.

No, it doesn’t show how many democratic voters we have compared to Republican ones. However, it does track population growth and movements. What this one says is that when people move, they are leaving Democratically held areas for those run by conservatives – and at an impressive rate.

Now, it’s been a known fact for a while now that Americans seem to be migrating to both Florida and Texas. But what you may not know is that they are coming from liberal states like New York and California.

But the last decade has seen such growth in these two Republican states and losses in liberal ones that both Texas and Florida have gained congressional votes while California and New York have lost them.

According to Politico and 2020 census data, “Population explosions in Texas and Florida over the past decade delivered both of those states additional congressional seats in the upcoming reapportionment….”

But, as the outlet reports, that’s not really the most telling data. What’s even more indicative is precisely wherein those states people are moving to. “(N)ew data from the Census Bureau released this month shows exactly where the growth is.”

As you well know, not all counties and congressional districts always follow the party that holds the majority. For instance, while Texas is governed by a Republican governor and GOP led in both legislative houses, the city of Austin and its capitol tends to lean a bit to the blue side.

But that’s not where liberal state fleeing people are going.

As Politico says, “The eight congressional districts that grew the most over the past decade were all in either Texas or Florida, mostly centered around growing cities such as Dallas, Houston, and Orlando. Districts in Utah and South Carolina rounded out the top 10.”

Furthermore, nine out of those ten were all conservative-led districts.

Now, it’s important to note that a Democrat currently leads the fastest-growing district. Florida’s 9th  Congressional District, which houses St. Cloud and Kissimmee, is now represented by Democratic Representative Darren Soto. Soto has led the community since 2017. This district has seen a 40 percent increase in population over the last ten years.

However, it is also critical to point out that Soto’s seat may not be his much longer. According to an April report from Florida Politics, this could be one of the many “vulnerable spots” for Democrats in 2022.

But aside from this one district, all other nine of the fastest growing in the nation are currently held onto by the GOP.

Now, while this speaks volumes about where the country is headed and what kind of representation we may soon see in 2022, thanks to reapportionment and the redrawing of districts, the real point of all this is that the liberal agenda is failing, and everyone but the Dems know it.

Think about it: if the democratic policies we see in places like New York and California were working and people liked them, why would they be literally fleeing those states? Both boast of more government-controlled services, more free stuff, and more inclusiveness for all.

Yet, people are leaving at rapid rates.

And when they move, they aren’t going to place with similar laws or regulations. Instead, they are heading to states where taxes are less expensive, personal gun laws are less restrictive, the cost of living is much more reasonable, and where the pandemic has not forced everyone into fear.

I think we can safely say America doesn’t like liberalism, and 2022 will prove that.