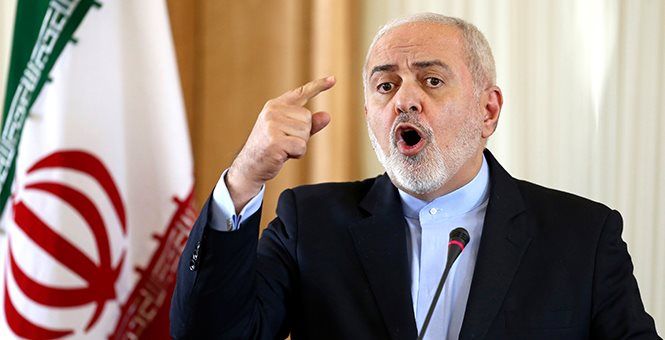 In 2019, he was said to have been working various back channels in order to gain ground with the Iranians. He made similar efforts when it came to America’s relationship with the North Koreans. However, it seems as if the Democrats were working overtime to put a stop to these efforts.

John Kerry and Joe Biden are said to have gone behind the scene to muddy the waters a bit. They were speaking to the Prime Minister and letting them know that they needed to wait to strike a deal. If they would be willing to wait for the Democrats to come back into power, they could receive a far more favorable agreement.

“President Trump in 2019 sought to open a backchannel of communication with top Iranian officials and saw the U.N. General Assembly meeting in September as a potential opportunity to defuse escalating tension with Tehran, but the effort failed.

Two months earlier, however, a different back channel was thriving in New York. Iran’s smooth, English-speaking foreign minister, Mohammad Javad Zarif, met with Robert Malley, who was President Obama’s Middle East adviser, in an apparent bid to undermine the Trump team and lay the groundwork for post-Trump relations.

The attempt at counter-diplomacy offers a window into the deep relationships Mr. Zarif forged with influential U.S. liberals over the past decade. These relationships blossomed into what high-level national security and intelligence sources say allowed the Iranian regime to bypass Mr. Trump and work directly with Obama administration veterans that Tehran hoped would soon return to power in Washington,” the Washington Post reports.

According to various reports, Kerry was not the only one to take a meeting with Foreign Minister Mohammad Javad Zarif. Obama Energy Secretary Ernest Moniz also met with Zarif. The list does not stop there, either. Robert Malley, who served as President Obama’s Middle East adviser, wanted Iran to know about all the possibilities that awaited them if they were patient.

No sources are willing to go on record as of yet so take all of this information with a big grain of salt. On the other hand, the claims that are being made are not very hard to believe. Zarif is great at playing to the cameras and he knows how to pander to the Iran apologists that make up the Democratic party.

This man knows how to press all of the right buttons. It’s easy to see why he is the frontman for Iran when they are trying their best to remain in America’s good graces. Place yourself in the shoes of the Iranians. Who would you rather come to the table and negotiate with? There are two choices: a Republican president who is tough but fair and a Democratic president who is happy to buy you off with a pallet of cash.

It’s really not a hard decision from their perspective. Iran has serious nuclear development ambitions and they need Democrats who are willing to let them do what they want to do. If they tried to make a deal with Trump, it would not have gone very well for them.

If we had to guess, all of Trump’s efforts were always for naught. The more we learn, the more this idea makes perfect sense. The Democrats made back-room deals that were designed to hamper the efforts of the American government. People should be outraged but nothing is going to come of this at all. Biden and Kerry will only continue to weaken America’s position with all sorts of potential foreign threats.