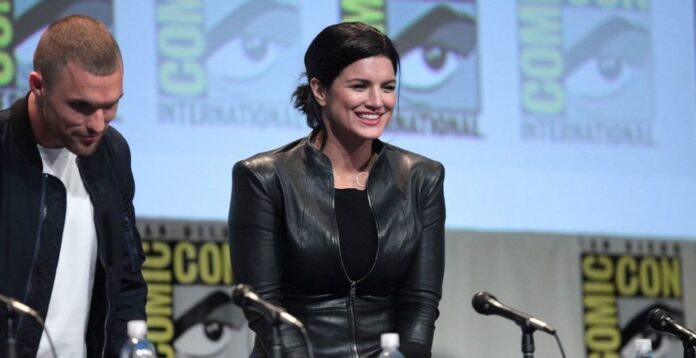 Gina Carano made headlines when she was fired from her job on Disney’s “The Mandalorian” over what the company referenced as unacceptably racist comments. Her inflammatory comments made some less than flattering about liberals, comparing them to Nazis. However, according to Carano, the company was looking for any reason to fire her.

The actress sat down with The Daily Wire’s Ben Shapiro to talk about being “canceled” by Disney due to her conservative views. She also talked about her recent agreement to partner with The Daily Wire to work on their new entertainment projects.

Gina Carano spoke with Shapiro during  The Daily Wire’s “Sunday Special” program where she also talked about the harsh backlash from others over her decision to stand up to Hollywood’s elite, explaining that she has always stood up for those less fortunate than herself, and she doesn’t take character assassination lightly.

In what was likely a new bit of information for the less dedicated fans of her show, Carano also touched on some of her earlier work, telling Shapiro that she began her career as a women’s MMA fighter, saying that she has always attempted to make herself a safe place for those in troubling situations.

“My actions towards other human beings have spoken for themselves … I am the one that, on sets, people come and cry to. I’m the one that sticks up for someone … like, ‘Hey, this is enough, this person needs out of this, like, they can’t breathe.’”

“And I’ve always been like that. I’ve stuck up for, like, minorities everywhere. I’ve gotten in fistfights. I’ve been in actual fights growing up in Las Vegas because I cannot stand bullying.”

The Daily Wire reported on Carano’s comment during an interview explaining that Carano’s decision not to back down was what lead to her being fired:

“They’re making it very obvious through their employees who were coming for me, and so I was like, ‘I’m going to go down swinging and I’m going to stay true to myself,’” she said, going on to tell Shapiro that, “My body still is shaking, you know? It’s still devastating.”

Carano took a deep steadying breath before continuing, “But the thought of this happening to anybody else, especially, like, somebody who could not handle this the way I can? No.”

She paused before saying with finality:

“And I’m not going down without a fight.”

The full interview is available here.