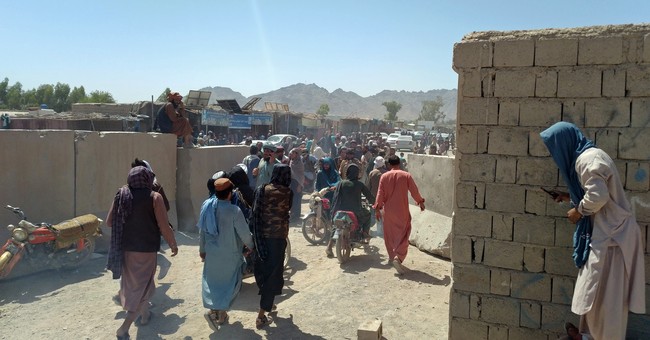 During an exclusive interview with Breitbart News, he said her failure to acknowledge the soldiers’ deaths was “abhorrent and disgusting.” He stated:

“We haven’t lost a service member in the last 18 months in Afghanistan. This is the deadliest attack on Americans in Afghanistan in a decade. And she’s tweeting about spending money — it’s outrageous.”

The lawmaker stated that the speaker’s refusal to speak out against the attack was a “tactic to try and change the subject” and that Pelosi is “trying to do everything she can to maintain some level of credibility for the President of the United States.”

Pelosi has been running interference for the Biden administration since the moment it became clear the situation in Afghanistan was headed towards disaster. She has made several statements lauding President Joe Biden for his evacuation effort and overall handling of the withdrawal of U.S. troops from the region. During a Wednesday press conference, she said:

“The judgment about leaving is a judgment that the president has made, and he has to balance the equities of what is the threat to our military and the people at the airport versus the advantage of staying.”

Pelosi is not the only one pretending Biden’s withdrawal and evacuation efforts are the paragon of competence and efficiency. Several other high-profile Democratic politicians and members of the activist media have attempted to downplay the seriousness of the White House’s botched operation — and some, like Pelosi, have tried to spin it into a positive.

However, Donalds pointed out the reality that many on the left realize: the White House’s handling of the situation in Afghanistan wasn’t exactly up to par, especially after the preventable killings of U.S. soldiers. He said:

“There are [Democrat] members who are cursing in the hallways about this. This is not a success. Especially in light of today, we know now that this has been an abject catastrophe.”

However, the representative also pointed out how the White House and several Democrats have tried to portray the withdrawal as “the largest airlift in American history.’ Donalds said “there’s a lot of them that don’t look at this as a success” and that “to call this a success is a complete joke.”

There can be no doubt that the president has handled this situation poorly. Indeed, polls are showing that the nation can see that this effort could have gone much better. Unfortunately for the Democrats, there is no level of spin that would be sufficient to convince the public that everything is going swimmingly in Afghanistan.

Even worse, since the August 31 deadline for removing our troops from the region is close approaching, it has become apparent that many will be left behind and will be at the mercy of the Taliban, which seems to be waiting for the opportunity to retaliate against American civilians and Afghans who allied with the U.S. military.

At this point, this situation is one of several that will cost the Democrats big in 2022 and 2024.