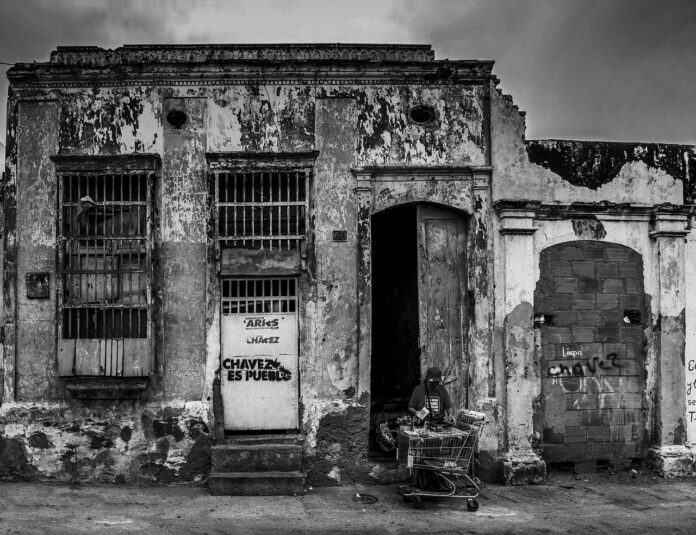 Democratic politicians and many Americans have recently espoused the idea of socialism. Seventy percent of Millennials now say they would vote for a Socialist candidate. Some of them already have.

Representative Alexandria Ocasio Cortez took office in 2019 as a member of the Democratic Socialists of America. Despite years of anti-socialist rhetoric in this nation, a socialist was elected to public office. With the groundswell of millennials leading the way, she likely will not be the last.

What does this mean for a country such as ours? What are the long-term ramifications of a Socialist America? Likely, nothing good. Of course, this is just conjecture, as we have never espoused the idea here in America and put it into practice to determine the outcome.  We do, however, have a recent model with which we can see the step-by-step descent into chaos.

In 1992, the South American Country of Venezuela was a prosperous nation. Oil-rich, and the 3rd wealthiest country in our hemisphere, Venezuela seemed to be poised to be a major player on the world stage for years to come.  Political change, however, was brewing. A socialist movement was underway that would change the face of the nation in just 2 short decades.

In 1998, Venezuela elected Socialist President Hugo Chavez. He would repeat the achievement again in 2000 and a third time in 2006. Using the funding provided by oil deposits within the country, Chavez pushed his socialist agenda.

After nationalizing access to food, housing healthcare, and education, he declared an “Economic War” on the countries upper class. The end result was devastating to the country. A once vibrant economy was in ruins, and by the time his successor Nicolas Maduro Moros came to power in 2013, the country was in revolt.

The end result is plain to see for anyone willing to take a lesson from our southern neighbors. The scariest part of this example lies not in the outcome, but in how they achieved the end result. Indeed, parallels can be drawn between the history of Venezuela and the recent political movements of the US.

For example, in 2004, Venezuela’s health care was socialized. Rampant corruption within the government caused shortages. Venezuela saw its healthcare system fail in a few short years, although no data is available after 2010 due to government censorship.

Meanwhile, here in the US, Barack Obama was elected in 2008 and set to work on his own version of socialized healthcare. “Obamacare,” as it has come to be known, was an attempt to subsidize healthcare for the American people. A move many people decried as socialism.

In 2007, Venezuela socialized higher learning. A program called “Mission Sucre” was implemented to ensure government-funded college-level education to Venezuelans. Here in the US, an increasing number of politicians tout the benefits of a similar education program.

While speaking at Florida Memorial University back in September of 2020, Kamala Harris told her audience that Joe Biden supported the idea of free colleges for low-income students. Then-President Donald Trump called it a “Socialist Plan” that would cost Americans hundreds of billions of dollars.

In 2009, private ownership of guns was banned in Venezuela. Today in America, our Second Amendment Rights are under constant scrutiny from the Democratic and Socialist candidates that promote more and more stringent gun laws and regulations.

Democrats have even begun pushing an agenda that would make gun manufacturers civilly liable in suits brought against them by victims of gun violence. A ridiculous notion that would clog our courts and bankrupt the gun manufacturing industry. It’s all part of a larger plan to ban private gun ownership here in the US as well.

In 2014, political rivals in Venezuela were rounded up and jailed. Something that could never happen here in the US, right?
Why?
Venezuelans didn’t think it was possible either, but it happened. Here in the US, it may not be done in the boldly public way it was done in Venezuela, but virtual roundups are possible through character assassination and politically charged mainstream media propaganda that spews from every tv, radio, and social media site. The influence of our media can effectively remove political rivals from contention as much as a jail cell would.

2017 brought on a suspension of Venezuela’s Constitution and the removal of the election process. Once again, you may say that can never happen on American soil, but weren’t Americans willing to start giving up our rights during the Covid 19 crisis? Aren’t the current attacks on free speech in the name of political correctness a violation of your rights? Aren’t the unconstitutional gun restrictions a violation of your rights? Aren’t our individual freedoms under constant threat every day?

If we take the lessons from Venezuela’s descent into chaos as a warning, we may be able to save the United States from a similar fate. If we refuse to learn by example, at least we have a preview of what to expect. We’ve already started down a similar path, but it’s not too late to change course.