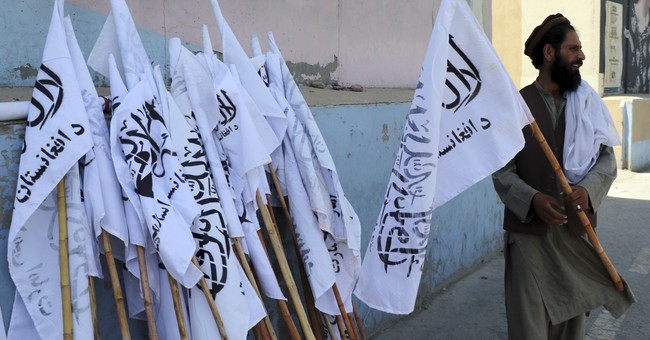 August 26th was an exhausting day. The loss of life in Afghanistan was a punch to the throat for America. It was the resurrection of ISIS, the evil caliphate. Specifically, those terrorists who ran from Iraq and Syria to hide in Afghanistan known as ISIS-K. This was their statement to the world that they had a score to settle with the Great Satan. ISIS-K were enjoying taking advantage of a sitting duck moment as the United States continues to spectacularly lose a twenty-year military occupation; beaten by the strategic cunning of the Taliban.

The receiving end of “shock and awe” gave way to anger and saber rattling across the internet as Americans, who really hate to lose, spoke out about all manner of retribution that needs to be exacted upon the Taliban because the airport gates were bombed.

The most spectacular brandishing of the canines was by former National Security Adviser Lt. Gen. H.R. McMaster on Fox News declaring Afghanistan to be the new “epicenter of terrorism” on the planet, lumping the Taliban, Al Qaeda, and ISIS into a common bundle, and calling for the US to double down on attacking the Taliban.

The comment triggered almost immediate rebuke from the US policy and strategy community. Yes, McMaster was angry. We can all understand that. But his detractors were correct that his simplification of the situation on the ground was dangerous, misguided, and not constructive to the future national interest. For national cohesion’s sake, I think McMaster should retract his statement and replace it with a more crafted one taking the time to explain the nuances, which he is indeed smart enough to know, in a follow up statement.

Many others predictably engaged in more punditry and acrimony making for a noisy and cathartic news cycle. I spent the day ignoring them. Noise factor isn’t really data useful in a net assessment.

The objective report I saw in the morass was Hollie McKay’s article on August 26, 2021, the day of the attack, in The New York Post, “Taliban leader threatened ‘malicious elements’ ahead of Kabul airport explosion.” She had spoken to a Taliban security chief reporting that they too were attempting to stop ISIS-K from attacking the US compound at Hamed Karzai International Airport. The effort by all parties to intercept the bombers unfortunately failed.

Anger and denial aside, all the planning for nation building invested by the United States crumbled to dust because, as Mckay put it in a video interview with Lisa Datari, the war wasn’t won on the battlefield where America knows how to fight. It was won asymmetrically by a culture that’s been successfully fighting invaders for thousands of years using an equally valid tool of statecraft -the cordial bribery of the enemy over glasses of tea and mint.

We may have seen it, but we discounted it because we Americans could never do such a dishonorable thing, and in doing so, blindsided ourselves to the potency of this tool of warcraft, even at the highest levels of our government. That’s a hard lesson to learn, but it’s one we must if we are to continue to mature as a relevant culture to humans. I stand by my assessment on August 16, 2021, that the Taliban played their hand of cards brilliantly.

Experienced watchers of Afghanistan were not surprised. As McKay very diligently noted in yet another New York Post entry, “The rivalry between Taliban and ISIS: what it means for Afghanistan” on August 27, 2021 – the Taliban and ISIS-K are not allies. They are in fact archrivals. It is vital that Americans know this, or we will get it wrong again.

That rivalry is now beginning to reveal itself to the world. It is likely that the Taliban and philosophical allies Al Qaeda are going to wind up in an internal struggle with ISIS for power in Afghanistan. Peace, if any, will be fleeting as the next chapter of killing begins.

The Northern Alliance will watch from strongholds in Uzbekistan, Tajikistan and toe holds in northern Afghanistan while the southern part of the country languishes. They will wait for the two rivals to soften each other.

The Taliban, who are not dummies, will realize they need help against ISIS-K. They have a vast reserve army to draw from. I would not be surprised to see them widen their offers of general amnesty and begin a campaign to recruit former Afghan National Army (ANA) forces to help eliminate ISIS-K from Afghanistan.

That in turn will trigger some sort of reaction by the Northern Alliance to either join such a Taliban-ANA coalition or be left out of that next version of Afghanistan.

This is a dilemma that the US needs to carefully navigate. Do we take a side? Which side? Do we advocate reconciliation or strife? Now, there’s extraordinarily little step back, assessment of the landscape, and finding a constructive way forward.

Yes, we lost yet another occupation. But the truth for the world is that our debacle was replaced by a soon to be born emirate. And that emirate will almost immediately be challenged for power by a dangerous and rogue caliphate. We are the midwives in a difficult birth; one that may yet turn out to be stillborn.

Internationally, no one likes ISIS, regardless of alphabet bomber suffix. They are the biggest lightning rod of the Global War on Terror, dangerous to every nation and culture on this planet. It’s safe to posit that the Taliban can count on help from nations like China, Russia, Turkey, and Iran. That sets up a new list of “good guys” as the war on terror evolves over the next decade.

This next “coalition of the willing” will eventually bring the need to tackle ISIS-K to the United Nations. That sets up a diplomatic arena where the US and NATO will have to find a way to make peace with these countries to eliminate a common threat to humanity.

The irony is poetic, even epic. Time will tell.

It’s important to note that the Islamic Emirate of Afghanistan is not the only faith-based country that the United States has nation state relations with. We have diplomatic, economic, and military cooperation ties with other strict culture nations whose value systems are different from the plural individuality that is that hallmark of American culture.

That’s part of the test of how we navigate our way out of this humbling moment in our history. Can we find balance? Or will we curl into a fetal position to let the moment, and the world, leave us behind.