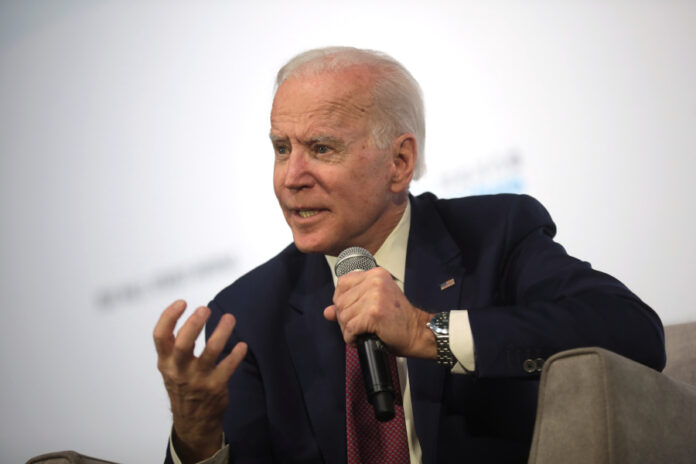 Why is it that every time we turn around, Biden is trying to make nice with our enemies? China has shown that they are our enemy time and again, yet President Biden can’t seem to stay away.

We need to be drawing a line in the sand and stop allowing China to infiltrate our government and our systems. Yet, Biden is rolling down the bedsheets and asking them to climb into bed with us every chance he gets.

One of Biden’s latest Environmental Protection Agency (EPA) appointees has a professional relationship with the Hong Kong University of Science and Technology. What’s worse is that this high-ranking EPA has actually received approval to maintain the relationship.

Let’s be clear. No high-ranking political appointee should be allowed to maintain a relationship with a university that is controlled by the Chinese government. Why? It shows that there is a conflict of interest within the Biden administration.

Dr. Christopher Frey, the Administrator for Science Policy with the EPA disclosed in his ethics recusal statement that he took a two-year unpaid leave of absence from Hong Kong University. He did so after following the advice of the EPA’s Office of General Counsel.

We don’t want to give China anything more than they already have. They have spies everywhere. They have hacked various private organizations within the U.S. They infiltrate what they can, whenever they can.

As if the basic relationship between the university and China isn’t enough, Carrie Lam is the ex officio chancellor of the university. If her name sounds familiar, it’s because she’s also the hand-picked Bureaucrat of Beijing to serve as the chief executive of Hong Kong.

The ties that Dr. Frey has are dangerous. Watchdog group Protect the Public’s Trust (PPT) commented in a recent press release that “It is difficult to argue that Dr. Frey’s employer is anything short of an arm of the Chinese government.”

They are absolutely right. The leave of absence shows that as soon as she’s completed his tenure at the EPA, he’s most likely to return to being employed by the Chinese government.

Of course, when Biden appointed Dr. Frey to his position in the EPA, this information wasn’t disclosed. It was also not featured on his bio found on the EPA’s website.

Now, why keep this information a secret? Oh, right…it doesn’t look good for the Biden administration.

It also begs the question as to how good the vetting process is for high-ranking government officials – or if negative information that shows up is simply ignored. After all, it shouldn’t have been that big of a surprise that Dr. Frey has connections with the Chinese government. He discloses his position as a visiting professor with Hong Kong University on his LinkedIn profile. The government would have to have checked basic social media profiles…right?

This all comes back to the Biden administration making bad decisions that continuously link us to and expose us to the Chinese government.

We’re supposed to have transparency, right?

As the PPT Director points out, “The American public needs answers to a number of legal, Constitutional, and national security questions regarding the decision of EPA to allow Dr. Frey to continue a relationship with an arm of the Chinese government.”

Yet, we won’t get these answers because the Biden administration maintains secrecy above all else.