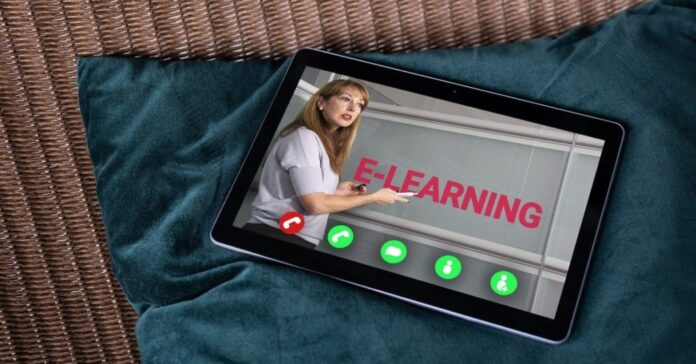 The power-hungry liberals use COVID-19 to control people and mandate unconstitutional laws around the country. But now that the pandemic is slowly coming to an end, the liberals are scrambling to keep their control. Teacher unions are loving the time off from the classroom, so they are dragging the issue through the mud by refusing even to consider the idea of reopening schools.

Parents have had enough, and they are taking action and demanding that the school districts open the schools so kids can get back to learning. Students need interaction and time in class to immerse themselves in learning.

But members of the school board in Oakley, California, are going out of their way to make fun of parents by mocking them. Some of the board members spoke on a conference call where their conversations were being broadcasted live for everyone to hear. When they realized their gross mistake, all they could say was, “uh oh.”

1) When officials at the Oakley Union Elem. School district thought they were meeting privately, they used profanity to insult & threaten parents upset by the district’s prolonged school closures.

Here’s when they realized their mtg was being broadcast to the public.

Words that a small child would say when caught stealing from the cookie jar.

The problem with these teachers is that they are lazy. They do not want to return to work, so they are using the coronavirus as their excuse. But science proves that there is no risk to them because kids have an extremely low transmission rate.

The teachers in this district are being vaccinated, so there is absolutely no reason why they cannot open the schools for learning.

The fun does not stop with refusing to work. The lazy socialist-based teachers even complain that they are not paid enough. It has never occurred to them that there would be a reason to pay them more if they worked. But no one wants to pay a lazy, good-for-nothing teacher if they are not going to do their job.

During the video call, a board member said, “They don’t know what goes on behind the scenes. It’s really unfortunate they want to pick on us. They want their babysitters back.”

2) Before she realized the public was listening in, School Board President Lisa Brizendine criticized parents who continue to be frustrated by the district’s Covid-related school closures:

“They want to pick on us because they want their babysitters back.”@nbcbayarea pic.twitter.com/Z0jaRQWKn9

She does not understand where her paychecks come from each pay period. The taxpayers are the ones that fund the school system. In essence, she works for the public.

It was a great day for parents at that moment because everyone saw the true nature of their hearts and why they did not want to go to work. They are all lazy, and they believe that somehow people owe them something for what they do. The teachers in this district are corrupt and do not deserve the right to work with children.

5) Notice how quickly the video feed shuts off after school officials realize their profanity & insults were broadcast to the very same parents they were disparaging.

Makes you wonder if the board still plans to adopt that “new technology” to limit public comment.@nbcbayarea pic.twitter.com/szqd3TpWUb

One can only imagine what these nasty liberals say about parents behind their backs.

The local news stated that the “President of the Oakley Union Elementary School District Board of Trustees has resigned after being caught on video making disparaging comments about parents during a live public meeting Wednesday night.”

They went on to mention that “Superintendent Greg Hetrick was describing a proposal to limit public meeting comments to three-minute audio clips made in advance when trustee Richie Masadas noted, ‘It’s easy to hide behind a screen.’”

The sad members were also infighting as Kim Beede would yell out, “Are we alone? If you’re going to call me out. I’m going to f— you up.”

Parents in this town do not want this kind of mentoring going on to their kids. If they see and hear that the fighting is fine with their teachers, then there is nothing stopping them from modeling the same behavior. Teachers are to set a positive role for the kids to follow.

Hetrick tried to smooth things over by stating, “Last night at the Oakley Union Elementary School District Regular Board Meeting there were unfortunate and truly inappropriate comments made that were heard by many. These comments are not typical and more importantly they are not what the community should expect from our school district.”

His words are a lie as everyone knows that the way people act in private is how they treat others in public. He tried to state that he would not make excuses, but that was precisely what he was doing by trying to smooth over the evil words spoken about parents.