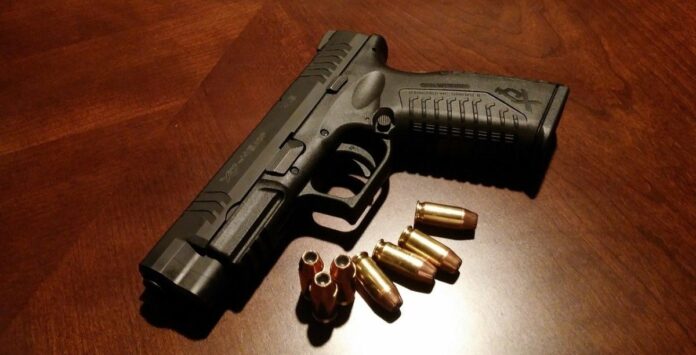 As Americans once again face a Democrat in the White House and contemplate possible gun unconstitutional control regulations, we’re left with the daunting task of describing to the so-called “ bleeding hearts” who are iconically emotional in their reasoning, why guns should be present in American homes.

For the cases where the constitution and world history are not cause enough to keep firearms within easy reach of everyday citizens, the below story should compel at least some of the less than rational, that even bleeding hearts cannot argue with some results.

Conservative commentator Graham Allen reported on his website about a 12-year-old boy who was able to defend and likely save the lives of, himself and his elderly grandmother when their house was broken into in North Carolina.

“On Saturday at around 12:30 a.m., two masked men broke into the home of Linda Ellis in Goldsboro,” the report stated. “Linda Ellis is 73-years-old and likely defenseless, the local news reported. Both invaders demanded money and proceeded to shoot Ms. Ellis in the leg.

Their luck was about to turn, however, when her grandson intervened. When the 12-year-old boy saw that his grandmother had been shot, he opened fire and according to his great uncle, [The intruder] just shot his grandma… He would have shot him too; he would’ve shot me too, he would’ve killed us all.”

Another relative told WRAL, “Why would somebody come into her house and do this? It’s got to stop.”

The intruders were not too keen on the idea of the residents defending themselves and fled immediately after being fired upon. They took off on foot and one suspect, Khalil Herring, 19, was later located at an intersection close by suffering from the young boy’s gunfire, the police announced.

When he was located he was rushed to a nearby hospital and later pronounced dead by officials after succumbing to his wounds. Ms. Ellis, the 12-year-old’s grandmother went to the hospital with no life-threatening injuries.

“There has been no information released about the second suspect who managed not to get shot by the 12-year-old,” the report stated. “No charges are expected to stick to the boy due to his bravery, courage, and self-defense of his home.”

And there were plenty who complimented the boy on that bravery.

While there are a number of reasons why Americans do and should have the right to bear arms, they all boil down to safety. Safety for the immediate danger of those who are lawless and danger in the larger sense from a government that would seek to enslave its people.

“From Hitler to Mao to Castro to Hugo Chavez, history has taught us that totalitarian regimes seek to disarm the people in order to subjugate them. It’s no different with the tyrants of the progressive socialist left who control the Democrat Party. All one needs for evidence is to read HRs 127 and 130 proposed by the delusional Democrat Congresswoman Sheila Jackson Lee of Texas. This is why constitutional carry is one of the Republican Party of Texas eight legislative priorities for our 87th legislative session.”

“Joe Biden is nothing more than a leftist puppet and is going down the path we all suspected. Knives, baseball bats, and anything used to harm, assault, another human being is a weapon, to include one’s own hands. Firearms, such as semi automatic weapons, pose no harm to anyone unless in the hands of someone intending harm. This collective punishment of law abiding legal gun owners, such as myself, is unconstitutional and unAmerican. The citizens of Texas will not be disarmed and turned into subjects so that tyranny, drug cartels, and criminals can have us live in fear. Texans live by a simple motto, ‘Come and Take It’, asserted on October 2, 1835 when a despotic government demanded disarmament.”