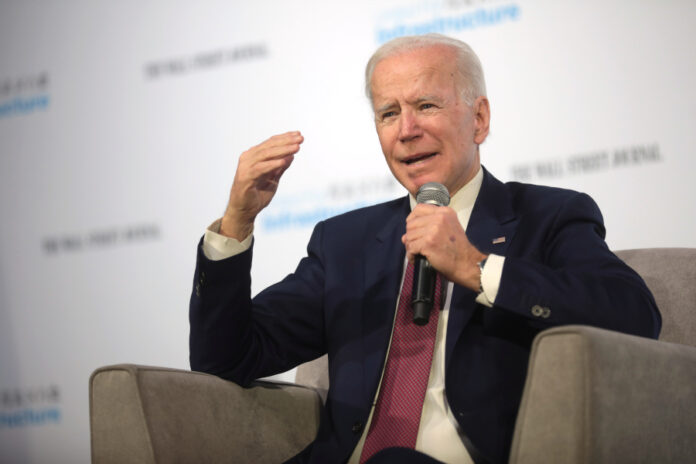 How do we solve a problem like Biden, that’s the question that has been on the minds of so many Americans since the 2020 presidential election. While Americans seem ready to get past the COVID-19 pandemic and back to the business of working to restore America

again, it appears that the feat of giving our children the same America we grew up in could be even more troubling than we first thought, according to The Daily Wire.

Putting aside the possibility of President Joe Biden’s election results being flawed, even if Americans voted the current president into office, the unforeseen aggressively awful foreign policy decisions Americans are left to recover from have every citizen with two brain cells to rub together asking what the future holds for hte American military, economy, safety, and security.

Such were the questions of Rep. Byron Donalds (R-FL) who has called on Biden to resign from office after the awful results of his decision to pull American and allied troops from Afghanistan, saying that the administration lost the “complete and total confidence of the American people.”

“President Joseph R. Biden has abdicated his responsibility and duties entrusted to him as President of the United States,” Donalds said in a letter obtained by the Daily Caller and reported by the publication just days ago “This blatant abdication of his office is grounds for President Biden to resign immediately. It has become clear that President Biden has lost complete and total confidence of the American people through his haphazard decision to withdraw from Afghanistan.”

The representative cited the “botched withdrawal” from the Middle East country saying that it was “threatening the lives of our servicemen and women” who have been putting their lives on the line for the people of the United States as well as those in the middle east who have faced up against terrorisim for most of their lives. “As Commander-in-Chief, Biden is directly responsible for commanding our brave troops with a coherent, strategically intelligent, and sound operation that keeps our Armed Services, citizens, and allied partners out of harm’s way. He has failed on all fronts.”

Donalds said that he couldn’t go home and look in the eyes of voters who sent him to Washington to look out for their best interest and tell them that Biden is capable of performing the duties he’s required to by the constitution of the United States.

“Calling on the leader of the free world to resign his office immediately weighs heavy on my heart, but this must happen to restore American’s safety both at home and abroad, our honor, and faith in the Chief Executive to faithfully execute the duties of the Presidency,” the letter concluded. “President Joseph R. Biden must resign immediately.”

In addition to Donalds, there are several other representatives that have signed on to speak of their lack of faith in the current administration including Reps. Elise Stefanik (NY), Jim Banks (IN), and Andy Biggs (AZ).

While getting the president out of office might one of the first defenses against the possibility of the ruined country, if that doesn’t turn out to be possible in the near future, the next question Americans are left with, is what to do about the damage being suffered now The vice president certainly won’t be any help, at all. It’s possible that more deeply understanding the corruption that so many believe to be coming from the White House could be the only real way for patriots in the United States to understand what can, and should, be done to help the country stabilize and potentially (if possible) recover.