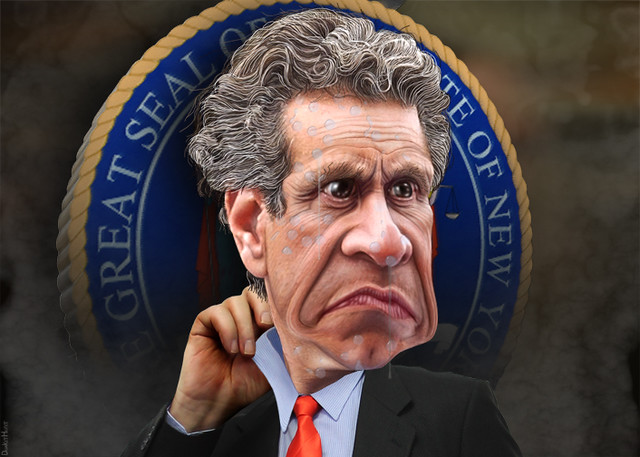 Andrew Cuomo has hit rock bottom as he faces charges of misconduct and other nasty business regarding his murderous coverup of the nursing home screwup. His lustful taste for power and unchecked authority put people in a position to choose between obeying laws or death as nursing homes were forced to comply with his executive orders. But now that his own staff has turned on him, the piranhas within the Democratic Party are tearing into his flesh.

The liberal leaders in the Democratic Party of New York are working in the Senate to take away the power that Cuomo has taken upon himself because of the coronavirus. His lust for power has driven the man to the point of lunacy.

The federal investigation plaguing Cuomo is brought to him by courtesy of the FBI and the United States attorney general’s office. They want to know why he reported fake numbers and why he thought it would be a good idea to send infected people to places where there were thousands of elderly people.

Once the federal investigation started, the move to strip him of his power came into place. Everyone wants to know what he thought when he sent the patients to the homes and why he decided to rescind the order and act as nothing happened after a few months. He was acting like he was trying to coverup that the executive order was issued at all.

The investigation into Andrew Cuomo and others is still in the early days of digging up the truth. Cuomo is hoping that he has buried things deep enough that nothing will be found. But everyone wants to know what his role in the murders at the nursing homes is and why he did the dastardly deed in the first place.

Representative Elise Stefanik stated that “I have said from the beginning that this is more than a nursing home scandal, this is a criminal coverup corruption scandal at the highest levels of New York State government.”

Cuomo was stabbed through his political heart when a top aide of his could not stand lying for the man any longer. His aide alerted the authorities to the truth that the Governor was doctoring the numbers and underreporting the amount of carnage caused by his executive order.

His aide and others stated that he was fearful of how the president would use the data and what it would do to the state. Nothing from the federal level could even compare to the unrepairable damage that Cuomo has caused. Thousands of people dead and millions more adversely affected by the lockdowns and restrictions that he has placed on everyone.

Donald Trump and the White House would have never punished the state for high infection numbers. They would have offered Cuomo the help and equipment he needed. But Cuomo hated Trump and refused to trust him. The Democrats have come to believe their own lies that conservatives are out to harm everyone. But that is just not the truth.

Stefanik stated that the investigation into Cuomo is “an important first step toward justice and accountability for all New Yorkers. In light of this news, the New York State Legislature must immediately revoke the Governor’s emergency powers. The State Senate and Assembly should immediately issue subpoenas to the Governor and his senior staff.”

The accountability factor should have been in place months ago when the pandemic broke out. For the liberals to just give one man so much uncontested power is to neglect in their duties to balance out the other side of the government’s actions.

The more the authorities dig into Cuomo and tear away his flesh, the more they find out how wicked the man really is. The piece of evidence against Cuomo that is enough to see him hang is that he held back information regarding how many people died. It is estimated that he underreported the truth by nearly 50 percent.

The move to convict Cuomo is gaining steam. The more the investigation reveals only fuels the hatred that people are beginning to have for their beloved murderous Governor.